Book 1 in the Telepathic Cravings Series 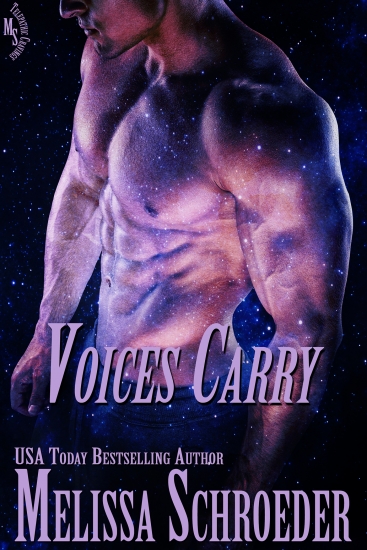 Terrorism expert Shana Adams has hidden her telepathic talents for her own safety. The Federation would throw her in jail, or worse, condemn her to death. She’s ignored her talents for so long, she is stunned when they come rushing back to life revealing not only her boss Marcus Carlyle‘s attraction to her, but the plot to kill him.

Raised by one of the leaders who fought to imprison anyone with special abilities, Marcus has never been a man who trusted easily. There is something about his new employee he can’t seem shake, but he is sure it has more to do with having her in his bed than anything else. Still, there is a part of him that knows trusting her is the right thing to do.

When a criminal organization stealing secrets jeopardizes her boss’ life, secret telempath Shana Adams risks everything to uncover the truth and save Marcus. Drawn into a dangerous web of passion and suspicion, she’ll offer Marcus more than her body to survive.

Book 1 in the Telepathic Cravings Series 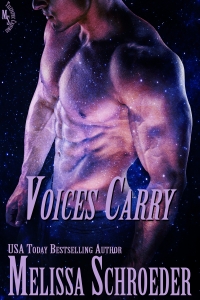 I bet she tastes as sweet as sin on a cyberstick.

Shana Adams stopped in mid-sentence when the thought sparked across her mind. Any ideas she had scattered, as she cautiously looked around at the six department heads seated at the titanium-glass conference table. They sat patiently, waiting for her to continue her briefing.

Since she had ignored her ability for so long, it was impossible to pinpoint who’d thought it. Schooling her features, she looked down at her handheld micropad and silently berated herself. Memories of her mother’s soft, patient voice drifted through her mind. Shana used the mental exercises her mother had taught her to block the intrusive thoughts. After a couple moments, the only thing that remained was a slight tugging on her senses. She cleared her throat and continued.

“One thing we’ve learned from our investigations is that Gorgons aren’t the source of this new terrorism here on Earth.”

“And what makes you think your assumptions are correct?” Marcus Carlyle was the head of the Federation’s Counterterrorism Unit and the bane of her existence. He sat at the head of the table, directly opposite from her, dressed in his usual custom-made, Martian-blue suit.

He studied her calmly, waiting for her to take the bait. She knew that tone of voice too well. Since he’d hired her eighteen months ago, the man had constantly questioned her reports.

“It’s not an assumption, sir. The Gorgons have lost most of their backing since they pulled that stunt in LA last December and killed civilians. They lied to some well-meaning souls from Rilah and convinced them to donate to their cause. Their supporters thought they were supporting a legal battle between the Gorgons and the Federation. Even some of their most strident supporters have deserted them. Without financial support, their legion is dissolving. Many of their mercs have scattered across several different planets.”

She pressed the ‘send file’ button on her pad. Her report materialized before each man, via his own micropad.

“No, this new threat operates with no visible means of outside support. There’s no group of planets behind the threats. The chatter has risen in the last few months, so we’re worried there is something planned. But at this point, we have no idea what.”

Carlyle studied her as if she were a mouse and he were a tomcat ready to pounce. She took a deep breath and willed herself not to break eye contact. His dark green eyes, flecked with golden brown, dared her to flinch.

Why did her nipples harden each time he looked at her like that? She should hate it. And she did. Really.

“After all this time, you still have no idea where they might strike, Ms. Adams?”

His voice was filled with mocking sarcasm. She didn’t say a word for several moments as she counted back from ten, then did it a second time. Someone’s chair squeaked, and several of the men cleared their throats. She didn’t balk or acknowledge the insolent smile curving Carlyle’s lips.
Lips she would dearly love to taste.

She jerked her mind back from that thought. She would not fantasize about him. Again. It was a meeting, a highly classified one at that, and they were discussing the new threat to the seven sectors that comprised the Federation of Nations. It didn’t matter that his short black hair, threaded with a touch of gray, begged her to run her fingers through it. She didn’t like his dominant, sculpted cheekbones or his crooked nose. Most women would yearn to run their hands over every sculpted, muscular inch of his six-foot, three-inch body. But she wouldn’t think about how warm his skin would feel. Or about having his long, tapered fingers brush against her nipples.

She took a deep breath and ignored the fact his gaze dipped to her breasts then refocused on her face.

“It’s actually harder to figure out what they’re planning, because we don’t know who supports them. If we knew—as we did with the Gorgons—who wanted our resources, we would have a better assessment. Of course, you know as well as I that I evaluate the data collected by the Federation of Nations’ various intelligence groups. The chatter has been rising over the last few months. I believe this attack may be planned for New Year’s Eve. With the year being 2099, these new terrorists probably believe carrying out an attack would be easier and the impact greater that night. The security forces will be stretched thin because of the celebrations.”

Carlyle raised an eyebrow; the corner of his lips lifted more. “Any questions for Ms. Adams?” he asked, not taking his eyes off her. She refused to fidget.

A barrage of negative responses came from the other five gentlemen. She sighed, relieved to be finished. She hated these highly classified meetings. Yet, the Federation stayed only a few steps ahead of the people who hacked into their systems. So being there in person eliminated one access spies had to her reports. She turned off her micropad and was within five seconds of a clean getaway when Carlyle stopped her.

“I would like to see you in my office after lunch, Ms. Adams.”

His deep voice shimmied down her spine. She plastered on the fakest smile she possessed. “Of course, Mr. Carlyle. Shana Adams, authorize.”

The silver door slid open, and she walked through the doorway, using every ounce of her willpower not to stick out her middle finger as the door slid closed behind her.

She walked down the myriad of hallways that led to her workstation. Before she entered the office that led to her cubicle, her retina was scanned for security. Irritated with her reaction to Carlyle, Shana avoided well-meaning co-workers and just smiled and nodded as she walked.
After reaching the solitude of her cubicle, the earlier breach plagued her thoughts. Telepathic from birth, she had learned to control it. She hadn’t had a slip like that since adolescence.

She glanced at the hologram of her and her brother, David. Born only ten months apart, they grew up as close as some twins. The secret of their powers—something their parents had kept hidden for all of their lives—made them even closer. People with telepathic powers weren’t allowed to work in government. Hell, they weren’t even allowed to have normal lives. Ever since Ripley Johnson had led a revolt in the late forties with a group of paras who had used their skills to help him, the Federation had cracked down on anyone with the ability. Many had seen what Johnson had done as treason, and had grouped all paras along with him and his followers. Any paras discovered spent their lives in think tanks or research labs, at the mercy of scientists. It was the Federation’s way of dealing with people like her, keeping them under control, so to speak.

And Marcus’ family had been instrumental in breaking up the rebellion. It was well known within the company that Marcus had an immense hatred of paras. He saw them all as traitors and killers.

Shana sighed and rubbed her temple. Her skills as an expert on terrorism were useless outside of government, at least on Earth. She didn’t want to be separated from her family. She needed to call David and find out what the hell was going on with her. A slip like that could cause her to lose her job. And commit her to a lifetime of torture. She shivered.

But the thing foremost in her mind was the question of just who had been thinking about how she tasted. 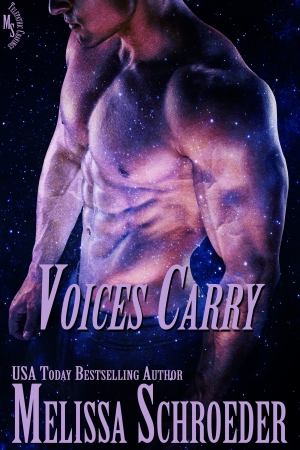