Book 3 in the Telepathic Cravings Series 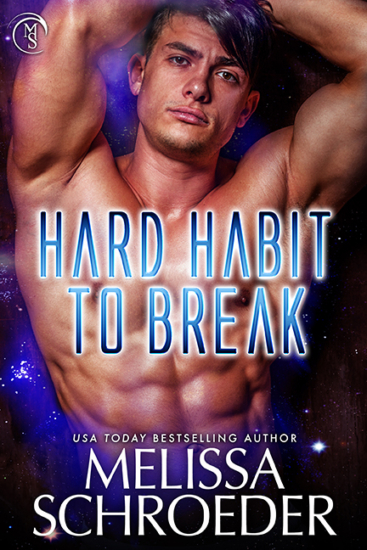 Once a powerful paranormal, psychically crippled Drug Enforcement office, Nolete Ashford has rebuilt her life from ashes. Thanks to experiments done at government facilities, she has lost all of her abilities. It doesn’t stop her from doing her job especially now there is a powerful new drug killing paranormals. Unfortunately, she needs help from the one man she could never forget.

Drake thought he had lost Letty years before. He will stop at nothing to help her find the man behind the drug. When her abilities start to return, he is ready to stand by her side and prove to her that he is the man for her.

As the get closer the truth, long buried secrets come to light, altering Letty and Drake’s entire world and threatening the fragile new relationship they have built–not to mention their lives.

Book 3 in the Telepathic Cravings Series 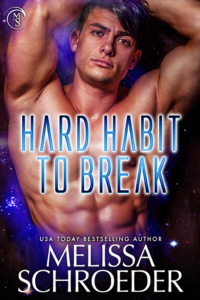 Nolete swallowed the fear that tightened her throat and closed her eyes. The metal lab table was cold against her bare back. She lay, strapped and naked, but it was nothing new. Without looking, she was positive goose bumps rose on her skin. Since she’d been detained several weeks earlier, she’d lost count of the number of times she had been in this position.

She shifted her weight, trying to ease the numbness in her ass. How long had she lain here? Lord only knew. Flexing her fingers and wiggling her toes, she tried to keep the blood pumping into her hands and feet. The wrist and ankle straps constricted blood flow. She had to do something to keep her mind busy, so she counted back trying to figure out what time it was. The windowless lab had no clock, just a sink, some antibacterial cream and a closet.

She shivered and opened her eyes. Damn. She didn’t know if she could take another round of their “experiments.” The skills she’d tried to hide for so many years had been tested and prodded, pushed to the limit. When they first arrested her and brought her here, she’d fought the scientists, and any experiments. But after several weeks of very little food, and more and more time in the lab, she’d broken down. She was beyond the point of caring. She realized she would never make it out alive; they couldn’t have that. If the public at large found out about the experiments, there would be investigations. And, if that happened, the Center would lose their Federation funding. If they knew about the electroshock or the drugs, the public outcry would ruin their pampered lives here.

As she tried to move her mind away from those memories, she thought of her life before her arrest. Before Drake had turned on her and handed her over to some of the sickest people on the planet. Sharp pain twisted in her stomach and her heart ached. Her eyes filled with tears. She’d never believed he’d been the one to do it, but she’d learned the hard way. If she ever made it out of quarantine alive, which she doubted, she would never trust another human being again.

She licked dry lips and tried to swallow. Concentrating on the doorknob, Nolete tried using her mind to move it. <em>Nothing</em>. Sighing with frustration, she closed her eyes again. There was something missing in her. Panic clawed at her throat. Even as a child she’d had those other senses, but now, now she was like a blind woman, feeling around in an unfamiliar room.

The door slid open and then closed.

Doctor Killigan’s smooth oily voice sent a chill down her spine. “I see that you are ready for another round.”

She didn’t respond, didn’t open her eyes. Killigan liked it when she fought him. Nolete was convinced the jackass got off on it.

“Telling Edwards you lost your ability to move things. Did you think that would help?” He tsked, his voice mocking her, but Nolete refused to give in. If there was one thing she had left, it was her resistance to his baiting. They would do what they wanted, but she didn’t have to make it easier for them.

The door to the closet opened and closed and she fought the urge to open her eyes to see what he had chosen for today. &lt;?P&gt;

“I have never understood why you paras think this is a bad thing. If we can figure out everything there is to know about you, there could be something which could make you stronger.”

She listened intently, waiting for the hum of the electromachine to kick in. It was Killigan’s favorite. The only sound she heard was metal against metal. Fear slithered through her at what was coming next. A moment later, the prick of a needle bit into her arm.

He massaged her arm, helping the drug to spread. “Now, let’s see what happens with this one.”