Upcoming Books from Melissa Schroeder - Author of the Harmless Series

BOOK 2 in the Juniper Springs Series 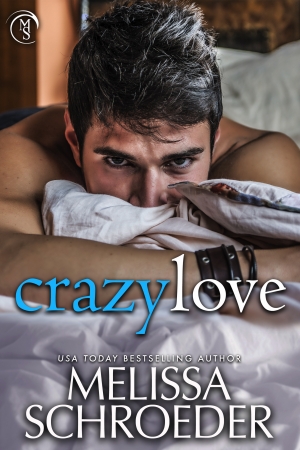 I’ve always been the brother who everyone calls the flirt. The one who isn’t too serious, the one who is a little…different.

And I don’t mind that title. In fact, I use my ability to think outside of the box to help my family in their business.

I’m also known as the player, although, I haven’t…suited up in a while. So maybe that’s why I’ve become completely infatuated with my old childhood friend Piper Abernathy.

Just saying her name makes me itch beneath my skin. I want to know what she’s thinking, how she spends her days, and I fantasize what her hair smells like.

And her lips…they are intoxicating. One taste will never be enough, and while I can talk her into my bed, she resists me beyond that.

She says we make each other bonkers, and she doesn’t believe in happily ever after.

For a woman who plans out ever minute of her day, she never counted on me, and I aim to prove to her there’s nothing wrong with crazy as long as we’re together.

Author Note: If you’ve met Carter, you know just how insane he is. He’s in Juniper, wooing his old childhood friend, irritating his brother, making friends with the LOLs, and becoming at one with the Juniper Springs culture. And if you think he’s crazy with his family, just wait until you see the things he does to his lady love.

BOOK 1 in the Cursed Clan Series

His duty was all that mattered.

Callum Lennon has one goal in life: protect his cousins. His failure in the past to do just that is what drives every action. When they discover a chance for redemption, Callum is willing to try. But trusting an outsider isn’t acceptable.

A woman in need of a new beginning.

An expert in archeology, Phoebe has always felt dwarfed by her parents’ shadow. In college by thirteen, she’s never measured up to her parents’ high standards. When the Lennons contact her, she decides to take a chance…and finds herself intrigued by the most insufferable man.

A passion impossible to ignore.

One argument leads to a kiss and to an unbearable desire they cannot seem to fight.  When an old enemy threatens their fragile new love, Callum will have to choose between believing his mind or trusting his heart.

BOOK 2 in the Cursed Clan Series

A man who only believes in fact.

Even after everything the Clan has endured, Angus has always held onto his scientific leanings. He isn’t a believer of instant attraction,  so, he is surprised by the force of his attraction to Irishwoman Maggie O’Conner. He doesn’t trust her, but she soon become an obsession he can’t seem to shake.

A woman who defies every logic.

Single mother Maggie comes from a long line of magickal women, but she walked away from that part of her life. When Angus bursts into her life, she tries to ignore the handsome Scot, but soon finds that she needs his protection. She knows he’s not normal, but she never expected him to be the one man who could capture her heart.

A need they could not deny.

As they work together, their need for each other threatens to consume them both. But just as they close in on the next jewel, a new enemy emerges and puts everything they hold dear into jeopardy.

BOOK 3 in the Cursed Clan Series

A man who always sees beneath the surface.

Logan has lived his dream of being an artist for hundreds of years. He’s painted some of the most beautiful women in the world, but none of them compare to Meghan Campbell. When they are paired up to go after the next jewel, resisting her becomes almost impossible, but he knows he must. The witch is hiding something and until he knows what that is, he cannot fully trust her.

A woman who can lure any man.

As a witch with siren abilities, Meg has never had a problem with the opposite sex. That is, until she met Logan. The irritating man seems to be the one person in the world who doesn’t succumb to her spell. Unfortunately, he is the one man she really wants. No matter how hard she tries, he resists her.

As they embark on their quest for the next jewel, tempers flare and passion ignites. But when a new layer of the curse is revealed, they discover their failure could put lives in danger. The two must work together to fight the rising power against them and hope that those who support the Clan survive the fight.

BOOK 4 in the Cursed Clan Series

A man who can seduce any woman.

Through the centuries, Fletcher has learned a thing or two about seduction. He has no problem with most women, and if they rejected him, he was happy to move on to the next infatuation. That is until he met Serena Fay. She’s become an obsession for him, and when the mission for the next jewel is revealed, he jumps at the chance to pair off with the Fae.

A Fae with revenge in her blood.

Half-Fae/Half-Human Rena has had her share of loss. Her family was butchered by mad man, and her fae family turned their backs on her. She swore revenge on the man who stole her happiness. Now, she has a new family, which means she’s involved with the McLennans and their quest to break the curse. That includes Fletcher, the one man who has tempted her like no other.

A passion that could destroy them all.

One kiss leads to more than either of them expected. As they delve into their roles, their feelings move past lust to something more, but the madman from Rena’s past is in control of the next jewel.  Both of them will need to choose between love for each other, or honor their commitment to their families.

BOOK 5 in the Cursed Clan Series

The thrilling conclusion to the Cursed Clan series!

A woman destined to save her family.

Anice has always felt left out. Granted, not on purpose, but when the only female who spent two centuries with her cousins and brother, it’s hard not to. Now that all of them have found their mates, she is ready for her happy ending. When she falls for Brody Stewart, Anice is thrilled he is interested.

A man who hides his true self.

Brody has spent his entire life hiding his true self from the world. When his sadistic cousin gives him a chance at freedom, he takes it. He has no issues seducing a woman–until he meets her. Anice is his mate, there is no doubt, and he cannot imagine a life without her. Now he has to play a careful balancing act protecting both her and his family.

A love that cannot be denied.

When Brody’s deception is uncovered, Anice wants nothing more to do with him. Unfortunately, it’s revealed he is essential to the last quest. As dark forces close in on the Mclennans, Anice and Brody will have to learn to trust each other, or lose everything they hold dear.

Rescued: A Collection of Contemporary Romances with Heart, Heat, and Dog Treats

BOOK 3 in the Juniper Springs Series 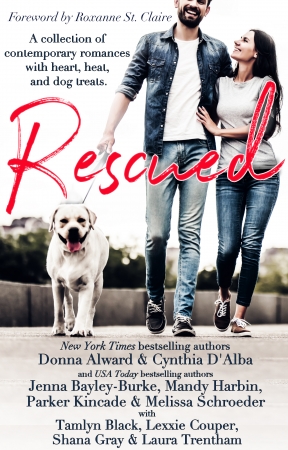 What happens when 10 dog-loving romance authors get together and brainstorm? Why, books with rescue dogs, sexy heroes, dirty talking, and lots of dog treats, of course..

From Cynthia D’Alba – Hot Assets– A CPA must team up with a cop to save her rescued dog from a determined dognapper
From Donna Alward – Doggie on her Doorstep When Emily’s flighty cousin leaves her dog on Em’s doorstep, she enlists the help of the sexy grouch next door.
From Jenna Bayley-Burke – The Guy Next Door – Fourth grade teacher has the naughtiest dog, the punniest jokes, and perfect washboard abs…and now an angry neighbor with a busted fence thanks to his dog.
From Mandy Harbin– Rescuing Orion – When undercover FBI agents foster a dog to investigate a money launderer, ignoring their attraction becomes difficult with playing house with a cute pooch.
From Parker Kincade – Coming
From Melissa Schroeder – Last Love – A single mom tries to avoid her one-night stand, but her dog, Houdini, keeps leading her to his door.
From Lexxie Couper – Who’s A Good Boy? – After meeting a feisty dog trainer and a 3-legged dog, the future PM of Australia questions his future and his life.
From Shana Gray – Dogs on A Plane- A heavy snow strands a bush pilot and socialite with a pack of love hungry pups. Who saves who?
From Laura Trentham –Nobody’s Hero – An ex-con tries to persuade an abandoned puppy and an innocent romance author he’s nobody’s hero.
From Tamlyn Black – Nobody But You – A grumpy cowboy has his world upended by his sister’s new BFF and the stray dog she brings to his door