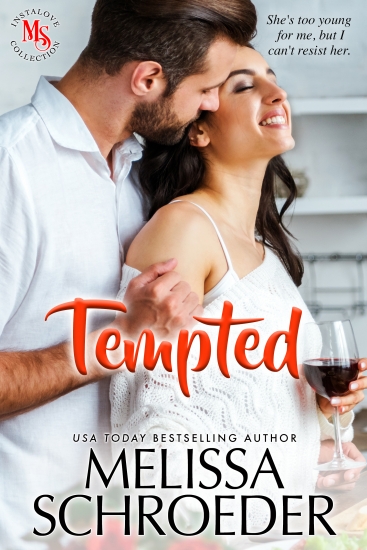 The Patton Brothers’ sister gets her HEA!

I moved to this small town to escape my famous rockstar brothers. And I love it. Except for my next door neighbor and his goat. That is not a euphemism. Forget that he’s a former teen hot throb and just the sexiest man I’ve ever seen in my life. Still, if his goat doesn’t stop eating my flowers I might just lose it.

It’s been over a decade since I left Hollywood behind and found my calling in the  kitchen. I’ve learned to listen to my gut, and now it’s telling me that Melody Patton is the woman for me. Sure, she’s over a decade younger, and she hates me and my goat. Melody is about to find out that one thing I never back down from a challenge–especially when my heart is involved.

Author Note: This is an instalove, small town romance, with a sexy hero, an eccentric book loving heroine, a goat named Lola who is in love with an overweight cat named Beau. The Patton brothers are up to their usual antics and there is , as always, a Happily Ever After! 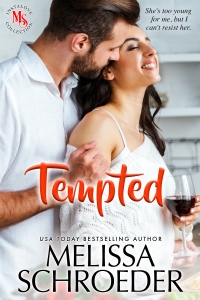 A crash wakes me out of a sound sleep on Monday morning. Bleary-eyed, I lift my head and search for Beau, my cat. I doubt anyone is breaking into my house because this is Evattsville, North Carolina. Nothing happens here. Plus, they would take one look at my overweight feline companion and run—more afraid of being eaten. So, I know it’s just him.

As if to prove my case, I hear hissing and thumping on the window. Dammit. It has to be Lola the Goat. Anger simmering in my gut, I jump out of bed, and stomp to my window seat.  Beau’s butting his head against the window, his ears flat. I look down and find that crazy goat eating my newly planted begonias.  I knock on the window and Lola ignores me. Of course she does. Since she and the idiot who owns her moved in about a few months ago, Lola has been eating my flowers—this is the third time I’ve planted this bed—and bullying my cat. That damned goat is a menace.

I’ve tried to talk to her owner, but he’s more annoying than his goat. He insists that Lola is a free-range goat.

Rage pours through me as I stalk through my house and out the front door. Without a care, I round the house and find Lola just where I saw her.

“What the bloody hell are you doing?” I demand. Yes, I know this is a goat and she can’t answer, but dammit, I just planted those flowers yesterday. “You know I should just call the coppers on you.”

“How is someone your age using the word coppers?” The sexy, masculine voice is one I know well. Most of America would recognize it. And of course, he hears me saying insane things to his goat.

I grind my teeth, then draw in a deep breath. When I turn around there he is. Dylan Masters, former teen heartthrob. He hasn’t been in front of the camera for over a decade, but it’s hard to tell that. He’s just a sexy as he was before. No, sexier with his brown hair threaded with gray. He’s in his late thirties, has a neatly trimmed beard. He’s huge, a mountain of a man. I’ve always been a woman who liked a big guy mainly because I have a little bit of meat on my bones. He’s leaning against a post on his patio as he calmly takes in the scene with his hazel gaze. He looks ruffled like he just crawled out of bed. Or some kind of hellscape battle. Okay, that was just me being mean there. He definitely can rock the bedhead.

And he’s shirtless. Oh, god. My gaze travels down his torso, taking in the defined muscles. And is that a six pack? When I get to his waistband, I notice that his jeans are zipped but not buttoned. The bulge behind the zipper makes my face flame as my gaze shoot up to his.

“I told you to call me Dylan.”

He has. Like a hundred times. But if I say his name, then I’ll know what it feels like to say it. Then I’ll start having fantasies about saying his name in the dark.

“You have to do something about Lola.”

He shrugs. And there you go. He drives me crazy with that attitude.

“What if I had something poisonous in my garden? She could die.”

He’s right, I wouldn’t. Ugh. I hate being decent.

“She could go into someone else’s yard.”

“Why would she do that when you keep planting her favorite things?”

“Are you kidding me?” There’s a thunk against the window and I look behind me to find Beau regarding Lola with the same anger as before. I turn around and gesture with my hand toward Beau. “I should sue you for mental anguish.”

I gesture again and I notice his gaze dip down to my chest. I look down and realize I am still wearing my silk PJs with no bra.

“Do something about your goat or I will.”

I turn and stomp away.

“Good morning to you too, Miss Patton.”

“That’s Ms. Patton to you,” I toss back, without looking at him.

When I’m finally back in my house I get a view of myself. Oh, Lordy. My hair is a mess, like I’ve been rolling around in bed all night, which I was. I raise my arms and just want to die. My breasts jiggle. I close my eyes and drop my arms. I’ve been embarrassing myself since the first time I met him a month ago. I went over there with some homemade muffins. He opened the door and I couldn’t speak. I mean, he’s Dylan Masters, former star of the show The Family Code. Even if he hadn’t been, I would have had the same reaction to him. He’s gorgeous. But in the next instant, Lola came barreling out the front door. She headbutted me and I lost my balance, falling backwards, my basket of goodies flying. That wasn’t the worst part. Nope. When I fell, I tumbled back, my dress flying up with the motion. I am pretty sure he got a gander at my panties. Thankfully, I was wearing a good pair that day. Not that it mattered. It set the stage for me to continually embarrass myself in front of him at least once every few days.

After I relieve myself and brush my teeth, I walk back into my bedroom. Beau is laying in the middle of my bed, curled up and sleeping. I wander over to the window and sigh. My begonias are mangled. At least Lola’s gone.

My phone vibrates on the bedside table.

Pippa: Hey woman, we will be there in a couple of hours.

My soon to be sister-in-law is coming down with another soon to be and my then one full-fledged sister-in-law. I have already claimed them all because they are ten times cooler than my brothers. Growing up the youngest of four with all three of those others being boys, I’m so happy. Who cares if my brothers are rock stars? My sisters are so much cooler.

Pippa: Just so you know, Abby is insisting on eating at the new diner.

I sigh. Of course she is. Abby is my one official sister-in-law and is expecting the first Patton grandchild. She’s a chef by trade so I knew she would want to check it out. And by it, I mean the restaurant and the other two want to check out Dylan.

Me: His goat ate my flowers. Again.

Pippa: Is that a euphemism?

I roll my eyes.

Me: You know it isn’t. I will go, but under protest.

Yeah, that’s me. The best. I groan and decide to start getting ready. It’s going to take a lot to pull myself together. There is no way I am going to let myself do something embarrassing a second time in one day. 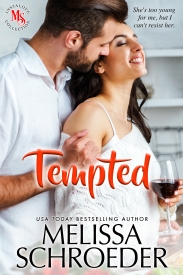