Book 9 in the Santinis Series 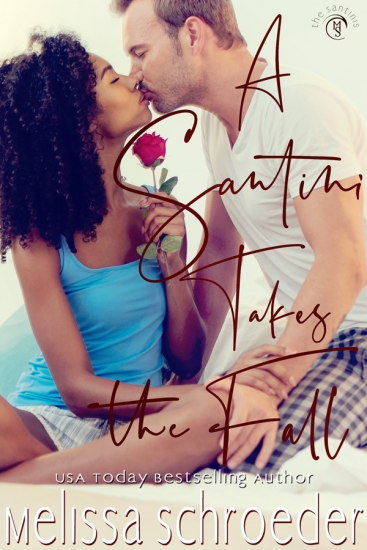 A man avoiding his destiny.

Anthony Santini is happy with life. The former Marine is now working a dream job for NCIS in a dream location: Hawaii. He’s watched his cousins and now his siblings fall into the Santini Curse and that is not for him. Not yet. He’s happy to play the field and enjoy life. It still doesn’t stop his cousin’s wife from trying to fix him up.

Lalani Hawkins has had enough heartache to last a lifetime. The professional dancer isn’t looking for love and she definitely doesn’t need a man like Santini in her life. After the worst blind date in history, she thinks she’ll never see him again.

For two people who want to avoid each other, Lalani and Anthony can’t seem to achieve that. Each time they meet, Lalani falls a little more under the Santini spell, and for Anthony, he is drawn to the vivacious dancer. But when Anthony senses her hesitation to commit, he starts to formulate a plan. Because when a Santini man decides he’s found his mate, there is no stopping him.

Book 9 in the Santinis Series 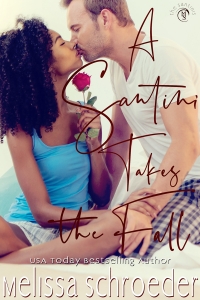 With the sun breaking just over the water, Anthony Santini grabbed his towel and headed out the door for a swim. The moment he stepped out onto the stoop, the scent of salty water and plumerias grew stronger. It had been cool enough lately to sleep with the windows open, but he could only get that sweet/salty scent in full force when he was outside.

He drew in a deep breath and started down the path to the ocean. For three months, he had been training for the triathlon. It had been awhile since he had left the Marines, and it had begun to show. Training had helped him get himself back on track.

As he stepped past his cousin’s backyard, he saw Alana, Marco’s wife. Sweet as the Hawaiian day was long; she was hitting that last trimester of pregnancy. How she stayed so radiant-looking after dealing with a toddler all day, mostly on her own, Anthony wasn’t sure; but there was a good chance if she bottle it up, she would be a trillionaire.

She was standing on the lanai, looking out at the ocean. The trades were soft and gentle, and they pulled at the long dress she was wearing. The expression on her face told him everything he needed to know. Even though he was returning today, Marco had been gone for a few weeks, and he knew she was thinking about him.

“Hey, sweet lady, what are you doing up?”

She glanced over at him with a smile on her lips. She had all that long, dark hair hanging loose, and the wind was playing with the ends of it. It was easy to see why his quiet cousin had fallen for the Hawaiian beauty. There was something so fragile about her at times it made him very protective. Of course, she was married to a Santini, so Anthony knew she was stronger than she might appear.

“Yeah. I’m doing fine. But if you want to sound more like a local, you need to say ‘Howzit?’”

He rested his arms against the top of the fence. “Not sure if that is ever going to happen; although, we tend to adapt fast.”

“Partially, but partly because we’re brats. We all know how to fit in, pick up habits.”

“Marco picked it up well.”

“Helps when he marries a pretty Hawaiian woman.” She blushed at that. “I thought you would still be in bed.”

She sighed as she walked over to the fence. When she was closer, he could see the dark circles under her eyes and he worried. He hadn’t been around many pregnant women for any extended amount of time. One thing Anthony knew was that rest was extremely important.

“I wish. Once I hit the halfway mark last time, I started having problems sleeping. Doesn’t help that this one is a kicker.” She rubbed her hand over her stomach. “I’ve grown so huge while Marco’s been gone.”

He shook his head. She should know better, being a Santini wife. The men could never get enough of their women, and they loved them until the day they died.

He laughed, enjoying her, and he wiggled his eyebrows. “Yeah, well, that isn’t always a bad thing.”

She shook her head. “Go on, get out of here, and go do your swimming.”

“You sure you don’t need anything?”

“And, just so you know, I’m okay with babysitting duties tonight.”

“Oh, Anthony, are you sure? I know you’ve watched him for an hour here and there, but an overnight would be a little more involved.”

“Hey, I’m a Marine, and a very special agent with NCIS. I can handle anything. Also, I need to get some uncle time in. With Brando and Dante expecting their first kids, I think I need to learn how to handle the little suckers.”

Her smile widened. “That would actually be wonderful.”

“You sure you won’t leave my loser cousin and run away with me? Granted, I would have to be a kept man, but I think I could handle that.”

“The last time you proposed that, Marco threw you in the pool.”

“I let him. He needed to save face in front of his woman.”

“Is that what that was?”

She shook her head. “Yeah, I can imagine my brother-in-law will lie for you. All of you are horrible.”

“When there’s a beautiful woman involved, we can’t help but try to gain her attention. It’s in our DNA.”

She snorted. “Beautiful? Not sure I would say that. I haven’t seen my feet in the last two weeks.”

He shook his head. The woman was one of the most beautiful he had ever met, but she didn’t realize it. Of course, having been with a multitude of his cousins’ wives during their pregnancies, he knew this had more to do with how she just felt at the moment.

“I have a feeling that Marco doesn’t care about your feet. Or at least, whether you can see them or not. Although, I did notice you have pretty pink toes right now.”

And she did. She’d gotten herself a pedicure the day before, said a friend insisted on it.

“Yeah, well, it felt good to have my feet massaged.”

“What did you do with Jon while you were there?”

“Lalani took care of him.”

The friend. He had yet to meet Alana’s friend, but he’d heard enough about her to be intrigued—not enough to date though.He knew that friends of the wives were off limits, if he wanted to stay sane. The moment he showed any interest, said wife would be planning a wedding.

“So, does she know that my cousin has a foot fetish?”

Her eyes widened. “What?”

“I mean, you did get your feet done up.”

She opened her mouth twice, then she laughed like he’d hoped she would. “Every one of you is as bad as the next one. What would your mother say if I told her? What would Joey say?”

He shivered. “Not sure, and I’m pretty sure I don’t want to know.”

Both his mother Marcella and Aunt Joey would smack him upside the head for even suggesting such a thing, even while they laughed.

“It never ceases to amaze me that you are all afraid of one little woman.”

“Not just Joey. Sure, she gets more fear than the other moms, mainly because she’s been around longer. But no Santini man is stupid enough not to fear the wrath of a Santini woman. Having been raised by one and with one, I can tell you, all of them are scary.”

Her lips twitched and her eyes danced. “Did you just call me scary?”

She laughed. “I bet you say that to all of the wives.”

She rubbed her hand over her belly. “So, if I should tell Madison what you said to me, she’ll agree?”

He shook his head. His sister-in-law had been a Santini wife less than a year and she already ruling the roost. “Okay, don’t tell Madison. She’s always been kind of scary, and now with the hormones…well, I just think making a woman who knows how to kill you with her bare hands mad—especially while she is pregnant—is a very bad deal.”

“She doesn’t know how to kill someone with her hands, does she?”

“She’s a Marine, of course she does.”

She rolled her eyes. “You go on and take your swim. I have a little boy who will be down in no time at all. He’s very excited Daddy is coming home today.”

“Remember, tell him Uncle Anthony needs some time with him. And, I have cookies.”

“Always,” he said as he started back down the path. Now he had to make sure he picked up some cookies today. Spending a night with Jon would give Marco and Alana some time to rebond. It had only been six weeks, but he knew how hard it was when the active duty spouse returned. Not personally, though, since he had never been married, but he had seen it. Even in the strong Santini marriages he had been around all of his life. It took time to get back into the rhythm with those you loved. Plus, Jon was fun. He reminded him a lot of Marco’s brother Gianni, who was a bit younger than most of them…or like Nando. His youngest brother used to tag along behind him for years. Of course now, he was a Marine and stationed in Germany for the moment.

With a sigh, he pushed away the strange sense of melancholy that hit him. Since Dante had announced his wedding…not to mention Elena and JT hooking up, Anthony had been getting hit with it more and more. He didn’t want to think about it; because thinking about it would cause him to do stupid things…like find a woman to marry.

And that was one thing he wasn’t ready for. He was still too damned selfish, and he gave himself points for admitting it. He wasn’t ready to change any time soon. He dropped is towel and started toward the water. There were just a few people on the beach this early in the morning and it made for a pleasant escape. The waves were low, even for this time of year, and he was in need of a good swim. 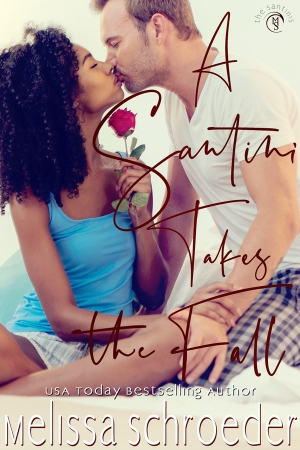