Book 1 in the Once Upon an Accident Series 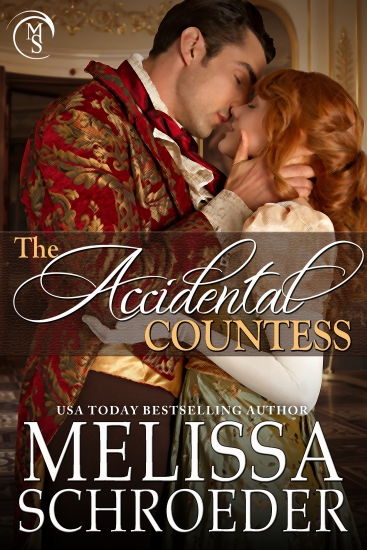 This is a reissue that has not been changed substantially.

Being a spinster was much easier than becoming the accidental countess and it definitely didn’t prepare her for falling in love.

Colleen MacGregor doesn’t like rich men, especially rich titled men. Still, her guilt won’t allow her to leave Sebastian passed out in the snow. Before he can leave, they are caught in a compromising situation. Under an agreement he will leave and never bother her again, Colleen marries a man she barely knows to save her reputation. Before she can really stop anything, she is whisked to London, where she is transformed into an Original and captures the attention of the ton—not to mention her husband.

Sebastian Ware thinks he’ll never see the sharp-tongued spinster again. He never planned on becoming the next Earl of Penwyth…or on falling in love. But before he can declare his feelings, he must protect her from an enemy who wants them both dead. Racing against the clock, Sebastian strives to save them both so he can turn their accidental love into a love for eternity.

Book 1 in the Once Upon an Accident Series 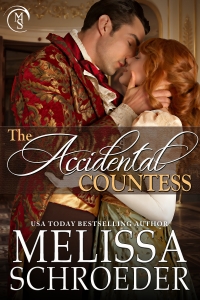 “Jameson, I can undressh myshelf,” Sebastian slurred loud enough for everyone on Curzon Street to hear.

Colleen opened her eyes, her husband’s voice bringing her out of a sound sleep. She sat up, testing her body. No more dizziness and just a few aches. She grabbed her spectacles off her nightstand and donned them and her wrapper. She rose out of bed and crept to the door she assumed connected her chamber to her husband’s room.

“I’ll tell you when I want some help from you, Jameson. This ish not one of those times.”

The door opened then closed, telling Colleen that her husband must be alone. She waited, wondering if she should interrupt him to make sure he could make it to bed.

“Bloody hell!” he yelled, which was followed by the sound of a large body falling to the floor. Colleen threw the door open and rushed into the room to find her husband in much the same condition as she had found him that very first time. Laid out flat on the floor. Only this time he was fully awake, a sloppy drunken grin on his face.

Impatience and resentment sped through her. Not twenty-four hours in London, and the idiot was drunk as a sailor.

“Ahhh, wife. I see that you have rushed to my rescue again. I can’t seem to get the other sleeve off.”

It was then that she realized Sebastian was bare-chested, one arm still tangled in the sleeve. She hadn’t seen him like this since she had nursed him back to health, and he had been incoherent at the time. But as he struggled with his sleeve, she couldn’t take her eyes off the great expanse of golden skin before her.

He should look ridiculous, fighting with his linen shirt for freedom. But for some reason, Colleen found herself a bit more entranced by the sight. She didn’t know if it was the boyish frown on his sensuous lips or the tingle of warmth chasing down her spine as she gazed at his chest. Either way, she couldn’t prevent the laugh that bubbled up.

He stopped his struggles and stared at her with such an intensity all the breath tangled in her throat, and her laughter died.

She shifted from foot to foot. Uncomfortable with the warmth spreading into her belly at the sound of his deepened voice and frank appraisal, she lashed out, “I don’t have much to laugh about, do I, my lord?”

Instead of pulling back from her as she had intended, his eyes warmed. “You’ve had a hard life, haven’t you?”

“I have no idea what you are talking about.” Her voice was stiff as was her spine. Standing next to the bed, with Sebastian sitting on the floor half-naked, was not good for her composure. She was trying not to stare at him, especially the way his copper nipples had puckered against the chill in the room.

“You’re an orphan, and your sister died last year. You’re alone in the world.”

“I’m not an orphan.” She bit off each word. Mortification that he pitied her caused her tone to sharpen. “I was practically an adult by the time my mother passed on. And I’m married to you, so I am not alone in the world.”

Why she added that last bit of information she did not know, but regretted it the moment his lips curved and a dangerous glint flashed in his eyes.

“Of course, you have me.” He placed his free hand on the bed and hoisted himself off the floor.

Suddenly, he was no longer the drunken rogue but something much more dangerous. He’d moved so close, the very heat of him warmed her. She took a step back.

His shirt still dangled from one arm, his smile turned completely seductive and his eyes darkened to cobalt. He took a step forward. His bay-rum scent, mixed with the scent of brandy, surrounded her, seduced her.

“You know, Colleen, you look rather fetching in that gown.”

Her stomach clenched at the sloppy compliment. A whisper of need crawled into her heart and she pushed it away. She wouldn’t fall for a charmer. In the end, she would be left lonely by a man who found solace with other women. But even as she hardened her heart against him, she couldn’t fight a smile as she watched him try to remove his shirt with the cufflink still fastened.

“Sebastian, you need to sit down and I’ll help you. Why didn’t you let Jameson help you?”

His whole body stilled. Colleen sensed that his every muscle was tensed and ready to pounce.

The air between them thickened. She swallowed as she tried to calm her heart. The intensity in his eyes took her breath away. “Sebastian.”

“I like it when you say my name.” His voice had deepened, causing her blood to rush through her. It danced along her nerve endings and the tingling warmth in her belly now slid between her thighs.

He chuckled, and the sound of it vibrated across her senses. “Even when you sound like a prude you make me hard.”

His blunt words should have embarrassed her or enraged her. Instead, a tiny zing of happiness shot through her blood. She tried her best to squelch her rising desire, but it was hard when a man like her husband admitted to his attraction to her.

“I can’t seem to get this off.” He was swinging his arm back and forth, still attempting to get his arm free of his shirt.

Obediently he sat, his lips still curved into a smile so enticing she had to count backwards from ten trying to ignore it. Then count again.

“I never thought I’d hear you say those words, Colleen.” The dip in his voice could only be termed flirtatious.

“Oh, shut up, you drunken sod,” she said, attempting to disregard the flare of desire his words had caused.

She worked the gold cufflink free of its hole and yanked the shirt off him. Even in the dim candlelight, she could see his muscles flex beneath his golden skin each time he moved. She fought the urge to run her fingers over his muscled chest, to glide them over his warm skin.

“I’m going back to my room.” She had to. He was entirely too attractive with his lips quirked in invitation and his chest bare for her hands to explore.

“But I need help with my pants.”

She heard the amusement in his voice and suppressed a smile. She shouldn’t be amused at his clumsy attempts at seduction, should she?

“Call Jameson.” She turned to leave when his next statement stopped her.

“But I want you to help me, Colleen.” His voice was such a mixture of petulant boy and seductive man that her traitorous heart softened.

She turned and found him sitting in the same spot, and although he still seemed amused, she sensed a deeper vibration between them. Something so strong it wiped every thought from her brain as she watched him raise his hand to her.

For a moment, she hesitated. She didn’t know what he expected from her if she accepted that hand. Even as she yearned to lose herself in his warmth, she still had some concept she could convince him they needed to seek an annulment. For so many—too many—reasons she knew it was for the best. But freeing herself from his influence, and this attraction she had for him, would be the most important.

Never in her life had a man’s smile twisted her insides and made her want something…more. The ache in her heart had started the day she found him, and it was growing every day. If she allowed him to ease the pain of loneliness she had fought for so many years, she didn’t know if she would survive when he left.

“I don’t bite unless asked.” His teasing tone was almost her undoing. How long had it been since she’d had someone to share a jest with? She craved that as much as she craved his kisses. “I just need some help and then I’ll leave you be. My fingers just don’t seem to want to work.”

It was a lie, she was sure of it. But the more she tried to keep her composure rigid, the more she found herself softening. He would hurt her in the end. She knew it and he knew it. But in the dark, Colleen allowed the need she’d ignored most of her life to push her forward. She stepped closer and took his hand.

His breath escaped in a sigh, as if he had been worried she’d deny his request. His large, warm fingers wrapped around her hand.

“You’re as cold as ice,” he said, his voice now a whisper that stirred longings and desires she’d never known dwelled within her.

He pulled her closer, his hand still firmly gripping hers. He urged her into the vee of his legs. Her breasts, now level with his eyes, swelled and grew heavy, and her nipples tightened almost painfully.

“You need to stand so I can get your pants off you.”

He chuckled again. “I’ll let you in on a little secret, love. You don’t have to be standing to do that.”

The next instant, he tugged her onto the bed and rolled on top of her. His hardened body covered her from head to toe. His arousal pressed against her most private parts.

“Now, let’s talk about your helping me with my pants.” 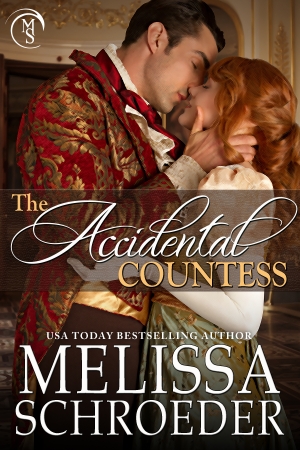