Military Week: Kallypso Masters - Melissa Schroeder
Thanks, Mel, for this awesome tribute to the military and a few of us who love to write military romances! I’m not sure what it is about military men and women that fascinates me so, but I’ve loved reading these types of stories since reading Rachel Lee’s Conard County series back in the 1990s. The men are alpha, which helps a whole lot. The women are strong and able to take care of themselves. And yet they can be brought to their knees by the birth of a child or the love of the right woman. *melt* What’s not to love about that?
I also come from a long line of men who have served in the armed forces, including most recently my father who served in the Navy in World War II and the Army in Korea. (Said he’d have joined the Air Force next if my mom hadn’t snagged him. He did have two brothers who served in the Air Force, though, and two in the Army.)
And yet I write about Marines in my debut Rescue Me series. There is something about that sense of honor, their not seeing anything heroic about what they do (it’s just their job), their never completing a mission without bringing every member of the unit home, and so much more in that Marine’s creed that just speaks to me. Of course, the uniform is totally awe-inspiring, too.
My thanks to all who are serving or have served in the military, and to their families (because they serve alongside them)! 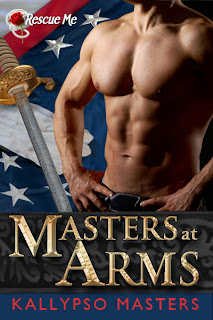 Masters at Armsintroduces readers to three very different men who come together in a firefight in Fallujah, Iraq, that will forever bind them as brothers. Please go to Smashwords and use coupon code QP88L to download your FREE copy, because this introduction is necessary for readers to fully understand the next three romances in the series—Nobody’s Angel and Nobody’s Hero, and Nobody’s Perfect, the last of which will be released in the next couple of weeks. These four books also need to be read in order because the three men’s lives are so intertwined that I wrote them in serial style with each man’s romance arc taking place over multiple books. I also don’t believe that a happy ending means “the end” for a couple, so they all will continue to work on relationship issues in later books in the series. (I have eight books planned through 2013, but there may be more as their “family” grows.) But you can rest assured each couple will be brought to a satisfying conclusion at the end of each of the romances.
Today, I’ve decided to spotlight Nobody’s Perfect (Rescue Me #4), which will be released in the last half of June. This is the story of young Damián Orlando and Savi Baker (Savannah Gentry in Masters at Arms), my two most broken characters.
What I love about writing Romance novels is that my characters can go through hell and I know they will still have a happy ending. I have to keep telling myself that with these two, because they truly have been to hell and back and their healing can’t be contained within this book. They were introduced in section two of Masters at Arms and separated for eight long years, until they meet under painful circumstances in Nobody’s Hero. 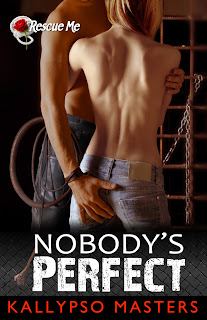 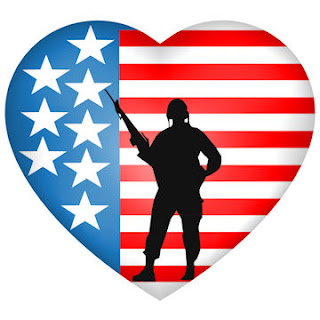 Kallypso Masters’ Giveaway
To win a copy of this book or any other in the series and some cool swag (bookmark, pen, sexy hand fan, and Romance Trading Cards), please comment below telling me about why you like reading military romances. If there’s a special military hero in your life, tell us about him or her, too! Contest open internationally! Closes June 4th at Noon MST. The winner will be announced June 5th.
For all of the buy links for Kally’s books (sold at Amazon, Barnes & Noble, All Romance eBooks, and Smashwords), go to http://kallypsomasters.blogspot.com/p/books-by-kallypso-masters.html.
You can find Kally online (more than she probably should be there) at:
Website | Facebook | Facebook Author Page | Twitter (@kallypsomasters)
Ahh, Kallypso…the stories you tell: Blog