ATH: JAMI DAVENPORT - Melissa Schroeder
I thought we should kick off the week with a REAL kick off! Our first author is Jami Davenport and she has a great hot book for you. Make sure you answer the question she has for you for your chance to win an choice of her digital backlist.
~~~~
check out Jami all over the web:
WEBSITE
FACEBOOK
TWITTER 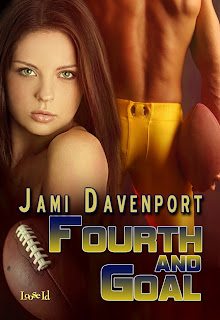