When I met Delilah while writing Conquering India, I knew I had to give her a book. She had a particular weakness for cowboys and I first thought to write just a regular menage. But then, those darned twins popped up. So, Delilah had herself four men she had to handle. If anyone could do it, Delilah is our girl.

Don’t forget, vote for your favorite hero from my books this year! ~~~~~> 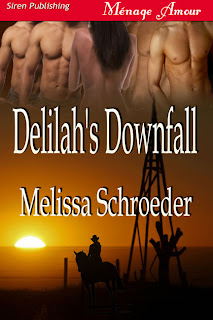