QUESTION OF THE DAY: What makes you want to keep reading a series? Is it just good writing, some kind of story hook, etc? 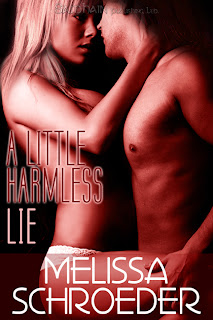 A LITTLE HARMLESS LIE
AMAZON      B and N    My Bookstore and More
Falling for her might be easy, seducing her may be damned hard, but keeping her alive might just be deadly.

Life on the run doesn’t allow Dee to indulge in long-term relationships. Still, Micah manages to work his way through her tough armor and under her skin. Yet even as she succumbs to his skilled seduction, her survival instinct forms a plan to leave the island she has grown to love—and the man she’s in danger of loving.

When Dee disappears, Micah’s anger turns to fear when he realizes she didn’t leave willingly. Calling on his skills as a former bounty hunter, he tracks her to the mainland only to discover she is entangled in a web of lies and deceit that not only threatens their love, but her life.

This book contains more Hawaiian settings, a Native American Dom who always thinks he’s right, a woman on the run, sexy kisses, murderous relatives, a trip to Sin City, and a seduction that is sweet and hot and everything in between. Ice water and a towel are recommended while reading.