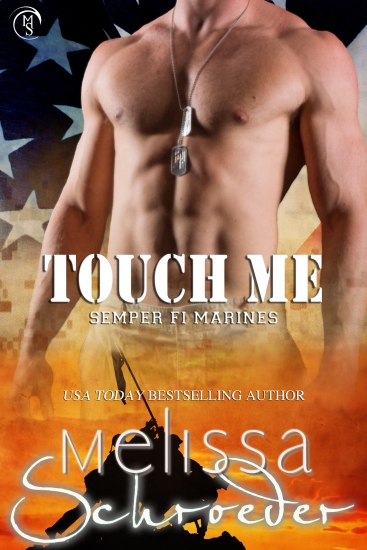 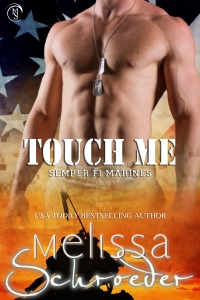 Jack Johnson scowled down at his petunias. The once vibrant yellow and purple flowers were now flattened, and were SBR. Smashed beyond recognition.  He had just planted them two days earlier and now they were dead.

“I am going to kill that mongrel.”

He said nothing else as he marched to Hannah Richmond’s front door ready to go through his plan. Before he could ring the bell, she opened the door. She was as surprised as he was or so the expression on her face told him.

That strange tickle at the back of his throat started. It had nothing to do with her, he was sure. Or the fact that she looked like she just tumbled out of bed. Her golden brown curls were springier than usual, and she had one shoe off and one in her hand. She was dressed in scrubs with little puppies and kittens all over them. Her blue gray eyes widened when she saw him.

She sounded breathless, as if he had caught her being naughty. That thought, along with the way she was blushing, had his thoughts going in the direction he’d tried to avoid. For weeks, he had been getting not so pure thoughts about his veterinarian neighbor that had nothing to do with her dog.

Now that thought brought him back to the reason for his visit.

“My petunias are SBR.”

For a moment, she said nothing. She was struggling with her shoe. Then, she laid one of her small hands against his shoulder to balance herself.  “What?”

He drew in a deep breath, ignoring the way his heart did a little jig at the scent of her. “SBR.”

“What the hell is SBR?” she asked, but he could tell she wasn’t paying attention as she shut her front door locking it.

She stopped in her tracks. “You came up with an acronym for your garden issues?”

He jerked a shoulder.

“And why are you coming to tell me about it?”

“That damned dog of yours did it.”

“My damned dog—” she shook her head. “Hercules did not smash your petunias. He hasn’t been out front since yesterday afternoon.”

He crossed his arms over his chest. “I disagree.”

Her expression told him she thought he might be insane. She said nothing about that. “Good for you. Tell you what? Why don’t you write that up in triplicate? When you’re done with that, I’ll tell you exactly where to file it.”

Before he could respond, she was opening her car door. He hurried to catch up to her before she left. He rounded the hood of her vintage VW bug.

“Listen, Captain, I don’t have time this morning. I’ll be home this evening and you can tell me all about it. I have an emergency at the clinic.”

He stopped. Hannah was a veterinarian and rarely had emergencies that he knew of. If she was in this much of a hurry, it was probably very serious.

“Okay. But we will talk about this.”

She slipped into the car and started the engine. “I’m sure we will.”

Giving him a mock salute, she put the car in reverse. Jack stood there, watching her drive down the street.

With a shake of his head, he walked back to his house. He hadn’t even dressed for the day. He was still wearing his boxers and t-shirt. He was also barefoot. It was then he knew why she gave him the look she gave him at first.

With as sigh, he made his way through the house to grab some coffee. He’d decided to take Monday and Tuesday off to get a little work done around the house. After being gone for a week last month for Jesse’s wedding, the yard needed some TLC. Plus, he didn’t plan on a vacation that summer, so no reason to hold onto the leave.

He poured himself a cup of coffee and walked out to his back patio. He had never been a homeowner before, but with the extra money he’d saved over the years, he decided to take the plunge. Besides, he liked Oceanside. There was something about living near the ocean…and the moderate temperatures in California were right up his alley.

He settled in a chair and sipped his coffee. He liked mornings. Before everyone got up, and the action of the day took over, he enjoyed the peace and quiet.

Of course, it didn’t last long. His phone buzzed with Jesse’s ring.

“Aren’t you supposed to be on your honeymoon?”

“Good morning to you, too,” Jesse said. “We got back late last night. It was just a few days at a B&B since we have to be overseas pretty fast.”

He shook his head. Jack’s oldest brother had always been a man who played by the rules, until he fell for artist Zoe Jones. In less than three weeks after proposing, the two were married and planning for Jesse’s PCS to NATO Headquarters.

“So, whatcha calling for Jesse? Is it your turn?”

There was a pause. “My turn for what?”

He rolled his eyes. Jack loved his family but they could be nosey. One of them called every few days, and while he appreciated that they were worried about him, it was starting to get on his nerves. He knew the diagnosis of PTSD along with a TBI didn’t sound fantastic, but he was dealing with it—just like a lot of other people.

“Never mind. Did you buy me something?”

Jesse chuckled. “Zoe got you a snow globe. Said the one and only California Jackson needed a reminder that it isn’t all waves and sand.”

“You know you’re lucky you met her first, right? Cuz I would have had her in a second.”

“You’re too stuffy for her.”

“Apparently she likes stuffy,” Jesse said with humor in his voice.

Jack might not know his new sister-in-law very well, but he would be forever grateful to her. Jesse finally sounded happy. He’d always been the most responsible of the siblings and that was saying something. The Johnsons had three Marines and a very scary physical therapist. Jesse seemed more relaxed with Zoe around.

“Well, the way I see it is I am the last man standing.”

“That’s true. Well, you and Dad.” He heard a woman’s voice in the background. “Zoe wants to know how it goes with the neighbor?”

That question reminded him of his encounter with her that morning. He scowled. “My petunias are SBR.”

“I’m talking about your neighbor, as in the woman. And what the hell is SBR?”

“Smashed beyond recognition. And why does Zoe want to know about my neighbor?”

Before Jesse could answer him, the phone was taken away from Jesse.

“Hey, there, Jack,” Zoe said, Georgia heavy in her voice.

“Hey, there, yourself. When are you going to come to your senses and come live with me?”

“I would do that, but Jesse would cry.” There was a murmur. “That is anatomically impossible, and I’m not going to tell your brother to do that. I’m hoping you can make it over to see us while we’re in Europe.”

“Now why wouldn’t I want to see the sweetest officer’s wife that side of the Atlantic?” Jack asked, settling back in his chair with a smile.

“It isn’t her I have a problem with. It’s Hercules.”

He pushed that thought aside. “What do you want to know about her?”

“You expend a lot of energy complaining about her, so I thought maybe you knew more about her.”

“I complain about her dog.”

She laughed. “Sure, sure. So, how’s the weather out there?”

Since she was going to let it go, he settled back and decided to talk about inane things and ignore the problems of his neighbor and her dog.