Book 1 in the Hawaiian Holidays Series 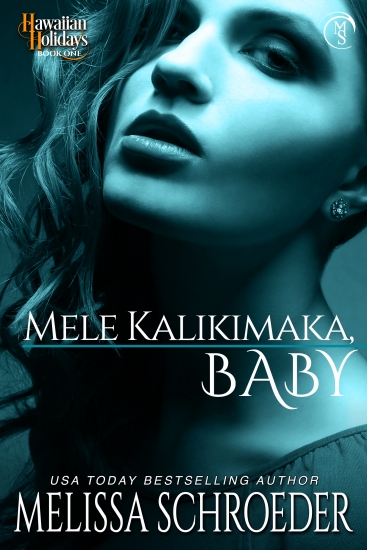 Anyone would love Christmas in Hawaii. Well, everyone other than Sophia Cantwell. Being stuck working the holidays, she’s confronted by cousins Maleko and Jack Akaka who are not willing to sell their family’s land. They are so not her type of men, but she can’t ignore the jolt of desire that hits her when she meets them. It doesn’t matter. he has a job to do and she’s not a woman who ever thought of taking on two men. Well..not really.

Mal and Jack have shared women before, but while they have never met a woman they wanted to keep one forever. That is until they meet Sophia. She’s uptight, completely wrong for them, but neither of them can resist the corporate go getter.The three of them cannot ignore their attraction, and a night out in Honolulu turns into a night in bed for all of them.

One night changes all of their lives, but Sophia has to decide between her career and a lifetime of happiness.

This book is part of Kindle Unlimited

Book 1 in the Hawaiian Holidays Series 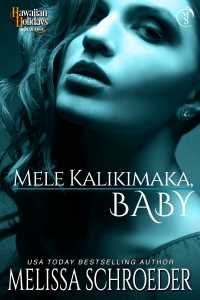 Sophia Cantwell grimaced as the hot, humid Hawaiian air hit her in the face. She hurried along the opened walkway of the Honolulu airport, calculating just how long she had to be there. While other travelers around her chatted excitedly about their upcoming plans for their Christmas vacation in Hawaii, Sophia was there for work. During Christmas.

Oh, she knew why Rick, her sleazy jackass of a boss, ordered her to go. Number one reason was he wanted to buy out some local company that had prime condos near the Oahu Nouveau. Secondly, as Rick had put it, she had no real family. The company refused to comp for family flights. Twenty-four-hour notice four days before Christmas didn’t leave time for people to arrange the trip. Of course, since they considered her without family, they didn’t see a problem.

She sighed as she exited the walkway and a wall of cool air feathered over her. Thank the good lord for air-conditioning. She prayed that her hair at least stayed straight most of the time. Nothing like trying to look professional with curly, crazy hair. Christmas music played overhead and cheery decorations littered the entire area. She had to fight the urge to stick her tongue out at them. Hawaii for Christmas was not bad. Hawaii for Christmas working and by herself…bad.

Pushing those thoughts aside, she stepped on the escalator going down to the baggage claim—still irritated she had to check baggage at all. But she’d had no idea how long this would take, so she had to make sure she had enough clothes for at least a few days. She just wanted to get out of her business suit, into a shower, and then get hold of the Akaka family.

Her phone rang before she reached the bottom of the escalator. Marabelle.

“Well, aren’t you professional?” one of her two best friends said. “No phone call when you landed, just a text?”

She sighed. “I just wanted to get my bag and get to the hotel, then I was going to call you.”

Which meant that Marabelle did not buy it. She had been trying to get Sophia to stand up to her boss, but what good would it do, especially in this economy?

“I know you aren’t happy about this.”

“If you think I’m not happy, you should talk to Eddie.”

She grimaced thinking of the third of the musketeers. “Was she really mad?”

“That doesn’t cover it. The woman was ballistic. She called you a coward for not calling her.”

Guilt stole over her and sent a rush of tears to burn the backs of her eyes. She hadn’t meant to leave in such a rush, or avoid talking to Eddie, but truth was she couldn’t do anything about the situation. She had to have this job, needed it.

“Aw, Soph, don’t go all prissy executive on me. You know we aren’t upset that you get to spend your Christmas in Hawaii.”

“Why would anyone want to spend their Christmas in Hawaii? It’s hot, humid, and there are tourists. Everywhere.”

“Uh, Soph, you do work for Nouveau Resorts, right? Shouldn’t you like tourists?”

“Not when they are on vacation with their families and I am stuck here.”

There was a beat of silence. “That’s what he used, didn’t he?”

The militant tone set off warning alarms in Sophia’s head. She did not need Marabelle confronting Jack. They would both be out of a job by the time she got back. Marabelle didn’t need hers, but Sophia needed hers. At least for a little while more.

“That rat bastard, Jack. I knew it. I knew he used the you don’t have a family excuse again. You were gone at Thanksgiving, your birthday… You are going to make it to my wedding, right?”

“I swear I will disown you—”

“Yeah, yeah,” she said, and couldn’t hold back the laugh. When she neared the luggage carousel, she saw a man holding a sign with her last name. She frowned and started in his direction.

“Did you just call me weird? I really should hang up on you.”

“No, there’s a man by the luggage thingy holding a sign with my name.”

“You never know. Does he have a broken arm? You know, that’s what Ted Bundy used.”

Sophia studied the man as she made her way through the milling crowd. He was at least six feet tall, with a head full of sleek, long ebony hair. She wasn’t close enough to see the shade of his eyes, but the face was to die for. Strong lines, high cheekbones, full, sensuous lips. Beyond that, he was built. The t-shirt he wore was faded and clung to sculpted pecs. Lord almighty, the man was a god.

“Ah, no. In fact, I would say he was about the best in-shape man in the area. Which is saying a lot considering where I am.”

“Well, you never know. People think that serial killers are stupid, but they are not. They’re just bat-shit crazy.”

“Listen, let me find out what he needs, and get to my hotel, then I’ll call you back.”

Sophia ignored her protest and turned off her phone. She drew close enough to the man that she gained his interest. His gaze moved over her with the type of study that had her blood singing. Damn, how long had it been since a man—who wasn’t trying to get a promotion—had looked at her with that much interest? Too damned long. Since it had been almost two years since she had sex, there was a good chance it had been at least that long.

Why the hell was she thinking about sex? As she approached him, his gaze moved to her face and she finally saw the shade of his eyes. Light blue, the same shade of blue of the ocean she had just flown over. They widened slightly as she stepped in front of him.

“Ms. Cantwell?” he asked, his voice deep, resonant, with a hint of the lyrical Hawaiian accent. It made her curl her toes inside her shoes.

She nodded. “And you would be?”

Something close to disgust shifted in his eyes, but nothing showed in the rest of his expression.

“I’m Maleko Akaka. I’m here to take you to your villa.”

A loud buzz sounded from the carousel starting up, heralding their bags. She glanced over in that direction, then back to her new friend. She put on her best professional smile, the one Eddie said was her kiss my ass smile.

“I think there has been some mistake. I’m staying at the Oahu Nouveau.”

She glanced over and saw her luggage, the purple ribbon tied to the handle easy to spot. She turned to retrieve it, but Mr. Akaka stayed her with his hand.

Sophia looked down at his hand on her arm, the dark, honeyed brown against her fair flesh, and had to fight the shiver of awareness that hit her. Slowly, she raised her gaze to his.

“I think you might want to take your hand off me.”

Cynical amusement shifted over his face and his lips quirked. “I’ll get your bag. Which one?”

He didn’t remove his hand.

Then he handed his sign to a man off to his left. Good lord, there was another Hawaiian god with him she did not even notice. His smile was genuine. This one was just as gorgeous as his friend, but a little different. Short brown hair, green eyes, but he had the same excellent body. He was dressed much the same way, but his clothes were not as scruffy.

“Since my cousin didn’t introduce me, I’m Jake Akaka.”

He offered his hand, and her built-in business manners took over and she accepted it. His larger, dark hand swallowed hers and against her palm, she felt calluses.

“I gathered as much. Sorry for my cousin. Our grandmother likes to say that I got all the charm.”

His smile widened and two dimples appeared. Holy mother of God, this one was even more beautiful. She realized then she was still holding his hand. She twisted her hand and finally got it away from him.

“As I was saying, I’m not staying at your condos. I have a room at the—”

“I told you, you’re staying with us,” Maleko said.

“I cancelled it. You’re staying at our condos.”

With that, the irritating man strode ahead, her suitcase in his hand. He never looked back.

“Is your cousin insane?”

“Nope, just a pain in the ass. It’ll be best to just play along, because he can be a bit of a pighead.”

She huffed. “Great. Christmas in Hawaii on a business trip and a Neanderthal for a chauffeur. This just keeps getting better by the minute.” 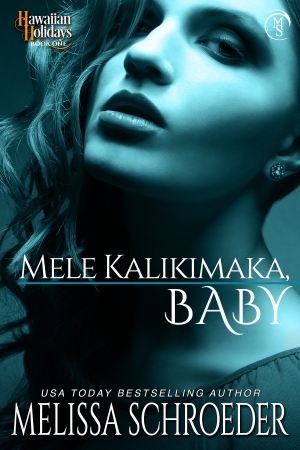 This book is part of Kindle Unlimited