Book 1 in the Fitzpatricks Series 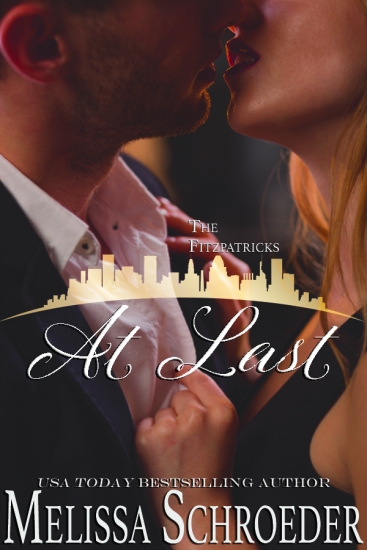 Wendy
I never thought I would fall in love.

My family has never been good at showing affection. That’s why I have always dated men I knew understood there was no future. My own family thinks I’m unloveable so I never thought a man would think otherwise. Aeden changes all of that in one long, amazing night.

Our chemistry is off the charts and for the first time in a long time, I find it hard to leave a man. Now, six months later, I return knowing one thing: I’m in love with Aeden Fitzpatrick.

Aeden
She’s a  woman who has always gotten under my skin.

I shouldn’t want Wendy. She’s my baby sis’s best friend. She’s annoyed me for the longest time. Snooty and a bit of a know it all, she knows just how to irritate me. Of course, it doesn’t mean that I don’t fantasize about her. And, sure, I have an irrational hatred for every man she has ever dated.

Wendy’s return not only gains my attention, but she’s now a local celebrity. Unfortunately, she’s also gained a stalker, someone who wants to hurt her. As the threat grows, I realize that there is one thing I need in my life: Wendy. But as the threats turn sinister, I realize that I will do anything to save her.

At Last is a standalone novella set in the Santini World with a HEA.

Book 1 in the Fitzpatricks Series 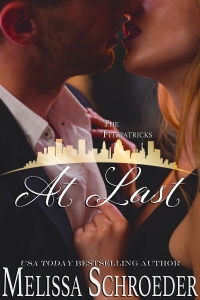 Aeden Fitzpatrick rushed out of the train and through the milling crowd. Too many damned people at the airport. It figures she would leave the weekend everyone else decided they needed to go on one final fling with summer. Worse, he was running late because he had gone to the wrong fucking airport. Now, he had a one-way ticket he didn’t need.

His phone vibrated. When he saw his sister’s face, he wanted to growl.

“Where are you?” Kaitlin asked.

There was a pause. Of course there was. She was either going to start crying or barfing. He wasn’t sure which one, but that is all she had been doing since she found out she was pregnant.

“You’re supposed to be here to say goodbye to the Santinis.”

Dammit. He forgot he was supposed to be at a brunch with her new in-laws.

Dammit. Life never did go right when it came to that woman. Couldn’t she be late once and miss her flight? At least she could have been standing in security.

Before she could say anything, he turned off his phone. He scanned the departures and found her flight. Fuck. He had less than 25 minutes to make it to her.

He jogged past families and irritated businessmen as he hurried down the long hallways. Aeden was out of breath by the time he made it to the end of terminal. He scanned the throngs of people and his heart started to sink. Anger and disappointment weighed heavy on his shoulders. Dammit, he couldn’t have missed her. Then, a flash of a blonde ponytail caught his attention and the heaviness on his soul dissolved.

She was third in line. His family had always said he was loud, so he shouted her name. She turned in his direction and her mouth hung open. He didn’t wait. He strode forward and people seemed to get out of his way.

Still, she didn’t move. It was if she were glued to the floor. When he reached her, he took her bag, and set it down on the ground.

“Aeden, what the hell are you doing here?” she asked.

It figured she would ask him in that tone. It was if she thought he had lost his mind. And he had. It was the only explanation he could come up with.

Did their two nights together mean nothing to her?

He couldn’t really answer her another way. There was only one action that would get her attention. Aeden cupped her face, and slammed his mouth down on hers. He had the pleasure of watching her eyes flutter shut before he shut his own. When he pulled back, his world had tilted.

When she opened her eyes, tears shimmered in her blue gaze. “Aeden…”

He shook his head. “No, don’t say anything. You have to go, I have to stay. We’ll just call this, to be continued.”

She chuckled, albeit a watery one. “Okay.”

She brushed her fingers over his cheek. “Be careful.”

Then, he stepped back and watched her go through the gate. She gave him one last look over her shoulder, then she stepped through the door.

He felt as if the center of his world had just been sucked out of him. The idea that he had no way of seeing her every day, or even talking to her was almost too much for him to accept. A month ago he would have scoffed at anyone who thought he would miss the woman. Now, he couldn’t even think of what to do now that she was leaving.

Even knowing he should leave so he could avoid questions from his family. Aeden just could not seem to make himself leave. He stood by the window and waited until he saw the plane back out then make its way to the runway.

It was going to be a long six months.