Guest Author & Giveaway: Anne Hope - Melissa Schroeder
I’d like to thank Melissa for having me over today. I look forward to chatting with all of you about one of my favorite subjects…angels! 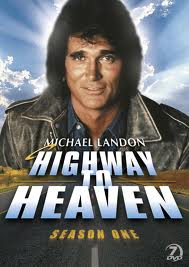 I’ve always been a huge fan of angels. As far back as I can remember these celestial beings have fascinated me, whether it was watching Michael Landon rescue one lost soul after another in Highway to Heaven or Nicolas Cage take that life-altering fall to be with the woman he loved in City of Angels. On Supernatural, Castiel is one of my favorite characters. Seeing him struggle with human weaknesses and emotions, while trying to stay true to his mission, has kept me glued to the screen. Even when he lost his way, he still had the power to captivate me.
Angels have figured prominently throughout history. Some stories depict them as benevolent and kind beings, whose sole purpose is to guide humanity. Others cast them in a much darker light—the avenging angels, as powerful as they are lethal, with secret agendas of their own. Both versions offer their unique brand of charm and appeal.
Why are these winged heroes and heroines so enthralling? What makes them so interesting to watch or read about? Maybe it has something to do with them being a symbol of hope and goodness. Maybe it’s all the heavenly powers they possess. Or maybe it’s the ever-present threat that they will be seduced by the dark side. 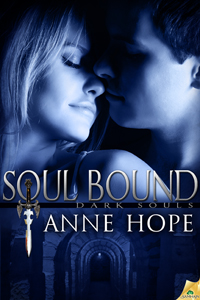 In Soul Bound, book one in my new paranormal series, I explore the secret world of fallen angels and their cursed offspring. It’s a classic tale of good vs. evil, where a man must fight his dark nature in order to save the one woman he’d sacrifice everything to protect.
Jace Cutler awakens in a hospital room in Portland, Oregon, with no memory of his past and a big hole where his soul used to be. With the help of his doctor, Lia Benson, he embarks on a dangerous journey to unravel the mystery of who he was and what he’s become.
Unfortunately, nothing is what he expects it to be. Everyone is surrounded by a strange white glow, people are suddenly doing everything he tells them to do, and creatures with inhuman strength and twisted agendas relentlessly hunt him. Worst of all, he’s starting to think he may be one of them.
As for Lia, she’s always been ruled by reason, refusing to put stock in such nebulous things as destiny. Until Jace dies in her arms, then miraculously comes back to life. Suddenly she’s consumed by odd dreams she’s convinced are Jace’s lost memories, and everything points to the fact that he’s her soul mate. But is he also the one destined to destroy her?
Are you a fan of angels? If so, why do you think these heavenly beings hold such universal appeal? Comment for a chance to win a free digital copy of Soul Bound, the first book in my Dark Souls series and a Romantic Times Top Pick! Open International.
Excerpt:
“Not like that. Put your weight into it.” Jace had spent the better part of the morning sharing some of Regan’s hard-earned lessons with Lia, until the sun’s rays had grown fierce enough to shred the fog. Now the grass gleamed a brilliant green beneath a spattering of weeds and wildflowers. “When you strike, you gotta make sure you hit your mark or your target will retaliate, harder and with far more precision.”
“I’m a healer, not a warrior.” Puffs of air escaped her lips, reminding him that she didn’t share his newfound stamina.
“Can you really be one without the other?” he challenged.
Boldness flared in her gaze, right before she lunged, her fingers fastened around the hilt of the dagger Regan had left behind for precisely this purpose. The blade struck him dead center in the heart, and he smiled. “Now that’s what I’m talking about.”
“I still can’t wrap my brain around the fact that you can’t be stabbed. My bones are still reeling from the blow.” She ran her palm over his chest where the blade had glanced off him. “It’s like you’re made of stone.”
He wished that were true. Then he wouldn’t have to struggle not to sweep her into his arms and wrestle her to the ground, wouldn’t ache to claim her lips or feel her soft curves mold to the hard planes of his body.
“Your turn.” A silent dare resonated in her voice, and he froze.
“I’m not stabbing you.”
“I was referring to your other idea. The one about you wrestling me to the ground.”
Great. She’d read his mind again. He really had to get a handle on his thoughts or they’d end up in serious trouble.
“Lia—”
She edged in closer, and her breasts grazed his chest in a tantalizing caress. “You don’t need to fight it anymore. What happened yesterday proves I’m immune.”
“You heard Regan. Being immune doesn’t necessarily mean your soul can’t be taken.”
“By an Ancient. Last time I checked, you weren’t an Ancient.”
His glance drifted to her lush, inviting mouth. It would’ve been so easy to swoop down and swallow it, so easy to drink from the sweet well of delights it promised. But fear nagged at him. What if she was wrong? What if he was the one who could break her?
His head fell forward even as his body retreated. “I can’t.”
Her frustration and disappointment rippled through the air. For a brief second he almost gave in, reached out and grabbed her. It took all the willpower he possessed to keep his hands from closing around her shoulders, his arms from crushing her to him.
Inhaling a deep, tempering breath, he sat on an old tree stump and gazed at the horizon, where land met sea and trees conspired to block out the fickle sun.
Lia crouched beside him, clutched his hand and rested the side of her face on his knee. As if guided by a will of their own, his fingers twined in the silky threads of her hair. Warmth tangled his gut, slowly spread to inundate him. It made no sense that she could be so right for him when he was all wrong for her. That her touch could infuse him with strength, even heal him, while his kiss risked shattering her mind and ruthlessly draining her of life.
“You’re wrong.” She gazed up at him, her eyes more startling in their blueness than the sky. “You won’t hurt me. Don’t ask me how I know. I just do.”
“Stop sneaking into my thoughts.”
“I’m not. You’re broadcasting them again.”
“So change the channel.”
She hooked her hand behind his neck, determinedly drew his face to hers. “What if I don’t want to?” Her breath swept across his mouth, made his whole body stiffen and burn. The gaping hole in his chest pulsed. “What if I want to hear your thoughts when you kiss me?”
“I’m not going to—”
With a quickness he failed to anticipate, she bridged the reassuring distance between them and claimed his mouth.