Thank you, Melissa for having me on the blog today.

Most frequently asked question. Kelli, how do you come up with story ideas?

How don’t I? That’s a better question. I wish the ideas would come to me one at a time in evenly spaced intervals instead of pummeling me like Extreme Dodge Ball. Most stories I can trace back to their origin, a news story or article I read, if not a specific time or place. Once the seed is planted, it grows slowly like a flower, or sometimes consumes me like a weed. My latest release, Hair of the Dog, for example, was inspired by my job at the time.
Cue dramatic flashback music.
Once upon a time I worked at a fraternal organization. You know—one of those men’s clubs named after a majestic animal. The kind with secret handshakes, rituals and salutations. Sometimes they wear goofy hats or colorful vests adorned with regalia and call each other Brother. My job—if you’re curious—office grunt. I try to think of my menial jobs as paid research opportunities.
As a general rule, my mind does not operate paranormally, but I thought what if…what if the members of these benevolent societies were actually shifters of whatever fierce critter was their namesake? Wolves and Cougars and Bears, oh my. That’s a start, right? What’s next? Set the story in a sleepy little mountain town where shifters come to rejuvenate, relax and vacation. Throw in a magical hot spring in danger of drying up and an enchanted fairy prophesized to save the town and you’ve got the beginnings of a story. Sprinkle with romance, drizzle with sex and serve sizzling hot.

And now that I have the most frequently asked question out of the way, anyone have any other questions? 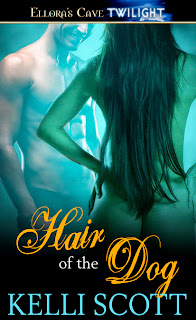