Guest Post & Giveaway: Tory Richards - Melissa Schroeder
Today on the blog we have guest author Tory Richards. Tory is offering up a giveaway so pay attention.
Release Day for THE MERCENARY WAY! was yesterday, February 1st. And to help me celebrate I will give away one download to one randomly drawn commenter. Just make sure you check my Romance with an Attitude Blog on Saturday 2/4, for the winner. You can access my blog from the link below. Good luck!
Blurb –
Kidnapped and imprisoned, Sarah Reynolds needs all the help she can get–but soldier-of-fortune Clint Becker is just a different kind of danger.
When a ruthless gem smuggler mistakes Sarah for her best friend Susan, she’s kidnapped and stashed on an island. Her only hope of rescue is Susan’s cousin Clint–a man whose my-way-or-else attitude is as infuriating as his muscular body is distracting.
Clint, ex-Navy SEAL turned mercenary, desperately needs a vacation. Rescuing a kidnapped woman from an island paradise isn’t what he had in mind. And when he encounters Sarah’s sassy mouth and tempting ways, he soon realizes he’s the one in trouble. Clint and Sarah elude her captors, but there’s no escaping the attraction sizzling between them. With danger pursuing them, they have to learn to work together. But can an opinionated florist and a rugged mercenary ever find common ground? 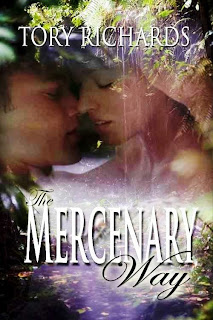 Excerpt-
Grabbing his duffel bag, Clint sprinted in the direction of the trees, leaving Sarah to follow. She’d learn soon enough that he wasn’t going to wait for her. They’d almost reached the safety of the trees when the first shot rang out. It whizzed past them ricocheting off a nearby tree, splintering the bark over their heads. He glanced back, swearing. Just as he’d expected, Sarah had come to a halt and was looking around as though wondering what had just happened.
“Keep moving!” he commanded, grabbing her arm. He gave her a violent shove in front of him where he could keep his eyes on her, and ducked when another bullet whizzed past. Soon after, a volley of gunfire erupted, forcing Clint to push her to the ground before they shot her head off.
She screamed when he careened into her and, in seconds, they were slipping on the muddy earth. Keeping his hands on her hips, he forced her to crawl behind a large tree. As they came to rest against it, flying bark sprayed the area around them.
“We have to keep moving!” Sarah cried above the sound of gunfire. “They’re coming!” She tried to struggle to her feet, but Clint easily held her down.
“No!” he said against her ear. “They’re still back at the house. They’re shooting wild, hoping to scare us out in the open. We still have a good head start,” he finished in a calm tone.
“You sound like you’re used to this,” she commented, trembling beneath his weight. She cried out again when another bullet hit the ground in front of them.
Clint forced her head down, lying protectively over her, all the while knowing that if a bullet went through him, it would probably go through her too. “Pray, angel.”
Tory Richards
Buy Link
*The Mercenary Way was released under a different publisher as Against the Odds. The new version includes a lot more content and has been sexed up considerably for re-release.
Tory Richards
Author of sizzling, erotic romances!
Website
Sex Between the Covers