Guest Blog & Giveaway: Juniper Bell - Melissa Schroeder
In Alaska, where I live, winters are long, hard, cold and snowy. Enter our local hero: The Plow Guy. Ploy guys are tough, rugged, undaunted by the worst of weather. They arrive on their mighty steeds — otherwise known as exhaust-spewing machines — freeing terrified residents trapped behind snowbanks. Walls of ice collapse before their unstoppable force. Roads become passable, fuel can be delivered … lives are saved. The allure of the Plow Guy has even made it into TV land. Remember the sexy plow guy who romances the uptight New York editor in Men in Trees? 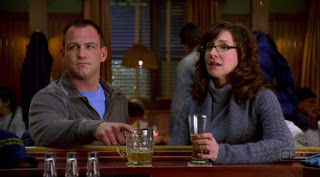 Certain Alaskans (with the initials J.B.) have been known to make cookies for their plow guy. Another friend of mine offers more adult treats to hers. It doesn’t hurt, of course, when your plow guy is a young, hunky guy like ours. Or when your plow guy works in tandem with his equally hunky brother.
Yep, we’ve got two sexy brothers plowing our road. A ménage a plow, so to speak. As you can imagine, our road is very well-plowed. So far, the brothers have only come separately, but maybe one day, after an especially bad blizzard, they’ll both show up for a double plowing.
(Had enough plow double entendres yet?)
As an erotic romance author, it seems natural to imagine how I can put a plow guy or two in a story. So here we go – just a couple thoughts. 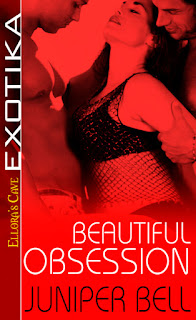 Plowed. First they get snowed in, then they get plastered. A woman, her plow guy, and one unforgettable night.
A Tale of Two Plows. Two brothers vie for the affections of a local beauty. But does she really have to choose?
Deep Plow. A plow guy is recruited by a porn producer and becomes a sensation.
Colters’ Plow Guy. The latest installment in the popular series. (Sorry, Maya.)
And Plow Guy Makes Three. A married couple expands their family in an erotically unexpected way.
A Little Harmless Plow Guy. (Sorry, Melissa.)
My Three Plow Guys. Why settle for one plow guy, when a girl can have three?
Nobody’s Plow Guy But Mine. A plow guy finds himself locked in a fem-dom’s dungeon. (Sorry, Susan Elizabeth Phillips.)
Plow Guy and Prejudice. In a reversal of the classic tale, a local heiress disdains her plow guy even as she finds herself drawn to him.
And now the floor is open. Any other Plow Guy story suggestions? Give me one in the comments and I’ll put you in the running for a choice of any book from my backlist.
Plow on!
Juniper Bell is a bestselling author of erotic romance for Samhain and Ellora’s Cave. Her next release is Beautiful Obsession, coming soon from Ellora’s Cave. You can connect with her on her website, Facebook, or on Twitter as @AuthorJuniper.