Hey, all, my other self has a release today on Bookstrand. Just a reminder, this is the fifth book of the series and I want remind you that you MUST read these in order. Our latest wolf to be featured is Rand! 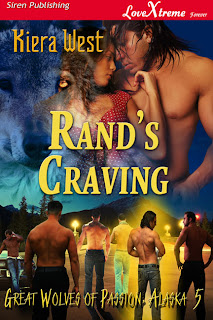 One Comment on “New Release for Kiera: Rand’s Craving”