Welcome one of my old Wicked Writer buddies! She has a great WICKED READ to spotlight today.
Where you can find Sylvia around the Web:
WEBSITE
TWITTER
FACEBOOK 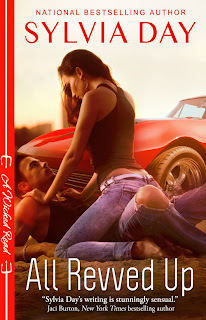 On the eve of his thirtieth birthday, Miguel Santos leaves his high-powered life behind for a visit to the small town he grew up in… and the high school sweetheart whose wild passion he’s never stopped craving.
Faith Bennett loved Miguel the moment she saw him. But she always knew his future was in New York, while hers was tied to the auto shop that was her close-knit family’s livelihood. Pushing him away nearly broke her, but when he took her heart with him, he left something precious behind.
Now he’s back, demanding her body, her desire, her very soul as retribution for the pain he still carries. He won’t settle for anything less than everything she’s got, but she still can’t leave with him and he still can’t stay, and their past has secrets too explosive to share.

~~~~~~~~~~
Sylvia has two new releases in October. What are they? Just answer in the comment section and your name goes into the hat for downloads of Misled and Kiss of the Night.