YAY! Our next Smutketeer is Crystal Jordan and she is giving away the first two books of her Unbelievable series! 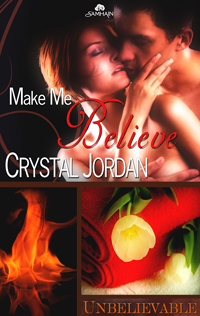 MAKE ME BELIEVE
Book Three in the Unbelievable series