Another great book in Romancing the Wolf Anthology is from Jennifer Kacey!

Part of the Romancing the Wolf Anthology

Two weeks alone in a secluded cabin is music to Violet’s ears. Until she sees a shadow in the forest with red glowing eyes. Red eyes she’s seen in her dreams for as long as she can remember. Eyes that make her want to forget the rest of the world. But she doesn’t believe in fairy tales anymore.

Rayden was sent to protect her. To keep her safe. Nothing more than to guide her as she transitions into a Shadow and takes her rightful place in the pack. What he finds instead is the mate he’s been unwilling to search for and a passion so fierce he’ll never be able to walk away.

Violet’s spent her entire life aching to belong and she finally finds it in the pack of Shadows she is destined to join. Everything she’s ever wanted in life and love is finally at her fingertips if she’s brave enough to embrace…her Shadow.

Violet Clare slammed the flimsy wooden door to her cabin, then threw the lock. It was somewhere around an inch of steel away from comforting. Retreating while keeping her eyes trained on the only entry point, she strained to identify what she could do to avoid the inevitable if the animal wanted in. With only moonlight illuminating the cabin she tried to convince her heart to evac out of her throat and settle into a more subdued rhythm. Instead, it had a mind of its own, and continued on the Jesus, Mary and what the fuck gravy train it was currently joy riding atop.

It was out there. Chasing after her. She’d seen him. Not him. It. A shadow. Or a wolf. Both?

At least she thought it was a wolf. But wolves weren’t so damn big and they sure as hell weren’t born with red, almost glowing eyes…

Emphasis on the what the fuck part.

“It’s just a dream,” she whispered, trying desperately to stop shaking. “Only another dream. And I’m going to wake up. I am.”

Shaking her head didn’t work. Squeezing her eyes shut did nothing, but freak her out more.

Beyond the cabin, in the shadows of the huge pine trees—no from the shadows of the trees a wolf had appeared. Watching her. It was like something out of a children’s book. Not moving a single muscle but she knew every fiber of his being was ready to…what?

“Heheheheeeheheeee—” A high-pitched giggle, the love child of her frayed nerves and anticipation, bubbled out until she slapped a hand over her mouth.

Holy nut house, Batman! Her mother had told her for as long as she could remember to get her head out of the clouds. Fairytales weren’t real and the sooner she learned to live in the real world the better off she’d be. At twenty-five, she still couldn’t seem to get that one right.

If someone needed a random prediction of the future she couldn’t control? She was their girl. For as long as she could remember, she experienced foresight—visions which came true. Every. Single. Time. She’d been hiding her freaky ability since the first time she’d made the mistake of telling her mother something she knew was going to happen. When her predictions came true, her mom had been furious. Violet’s backside still stung when she thought about how angry her Mom had been. Scared even. So she’d tried to act the part. Perfect daughter. Perfect student. Perfect employee. Living a lie in the real world? It didn’t fit her so well. Never had.

But what if her dreams were true? She shook her head again as she continued to retreat from the door. Not possible. It’s just not possible. A wolf with red eyes appearing right outside a cabin she’d rented and only one other person knew she was at.

The travel agent promised her a remote, picturesque secluded getaway located in the middle of a protected forest in East Texas. Perfect for a couple weeks of rest and relaxation in the summer where nature walks abound and it was almost expected to sunbathe for hours—all described in the brochure. Didn’t say anything about creatures stalking her in the forest or appearing out of thin fucking air.

“It’s beautiful there,” the travel agent told her as she’d booked Violet’s flights from where she lived in Destin, Florida. “It will be a trip to remember. Fresh air, sunshine, and you’ll be surrounded by wild flowers.”

“Wild flowers my ass,” Violet murmured as she finally hit the far wall. Being jarred out of her inner monologue, she ran clammy hands across the wood behind her. A weapon wasn’t forth coming along the wall as her heart got good and comfy on its seat on the holy shit train to freakoutville.

Violet slid down the wall and wrapped her arms over her knees seeing nothing but the pair of bright red eyes following her all the way to the cabin as she’d sprinted for the only structure within fifty miles. Out for a walk to get some fresh air, she’d caught a whole heck of a lot more nature than she’d planned on. God she had felt the gaze on her like a caress. Her body had responded like someone had licked her up the middle. Her breathing grew labored, her nipples pebbled and wetness coated the lips of her pussy preparing to be penetrated clear through to her soul. Adrenaline coursed through her veins as if she’d had someone seducing her for hours. A lover dedicated to showing her what it was going to feel like when she came so hard reality fell away and the only thing left was her desire staring at her with those red eyes. The same red eyes she’d been dreaming of for the entire twenty-five years she’d been breathing. She’d known them forever. Which is why she’d run. Terrified he was real. More terrified he wasn’t.

Jennifer Kacey is a writer, mother, and business owner living with her family in Texas. She sings in the shower, plays piano in her dreams, and has to have a different color of nail polish every week. The best advice she’s ever been given? Find the rea 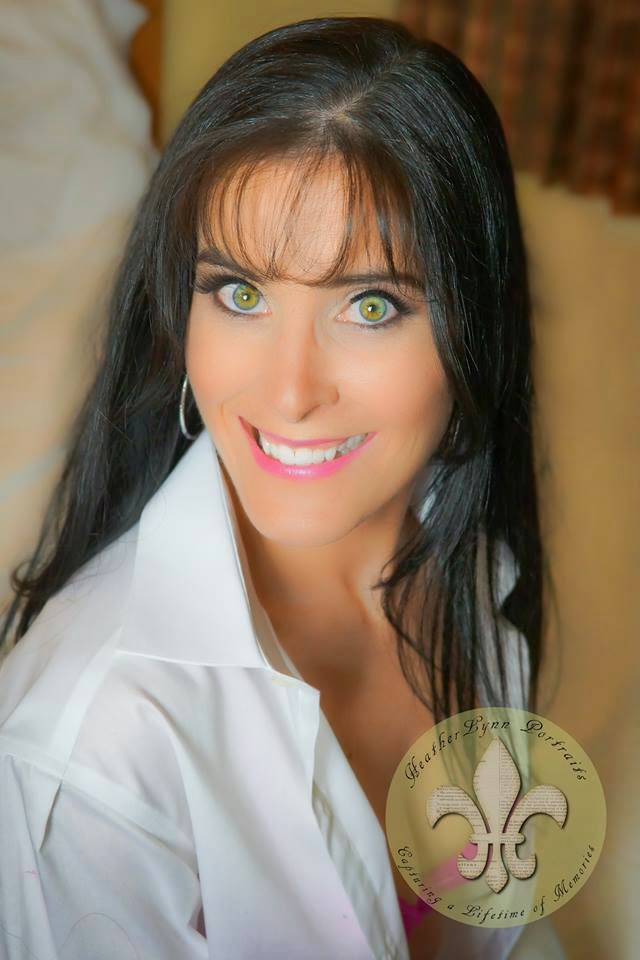 l you and never settle for anything less.