Guest Author: Charlie Cochrane - Melissa Schroeder
Writing about a different sort of romantic hero
I guess when most of us think of a romantic hero, we go for something along the “Colin Firth in Pride and Prejudice” lines. Tall, handsome, dashing, with a bit of attitude. (Or, in the case of one of my childhood pin ups, Dr Kildare, mean, moody and medicinal.) And he always gets the girl in the end, even if it seems at one point in the story arc like he’s burned his bridges or she thinks he’s a pain in the elbow.
So, what if your hero doesn’t want to sweep a Jane Eyre or Elizabeth Bennett off her feet? What if he’d prefer Rochester or Darcy? And what if, just to complicate things, he’s not physically perfect himself? 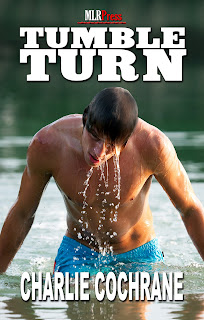 I write gay romance. If you want to know why, and that’s an entirely valid question to ask, it’s because they’re the stories which come into my head. They’re stories I like to read, too – assuming (as I assume for any book I buy) they’re well written and the characters are engaging. It’s a burgeoning market, with plenty of genres of story available and it’s proving popular among both men and women readers, even though (as with other parts of the romance market) the quality can be a bit variable. It’s the highlight of my day to get an e-mail from a gay man saying that he didn’t realise there were any books telling “his” story and how delighted he’d been to find some.
Having said all that, writing gay romance restricts your number of potential customers as not everyone wants to read a same sex story, no matter how good the plot or characterisation. I have a degree of sympathy (my stories are pretty innocent, but some readers can get turned off by too much anatomical detail!) However, I’d defy anyone to find anything offensive in beautifully crafted books such as Mary Renault’s “The Charioteer”.
And then when you go and restrict things further by having a disabled leading man, you run the risk of turning off even more of your potential readers.  Still, when I got inspired to write a story set around London 2012, I knew I had to write about a Paralympic competitor, not least because there are some stunningly “hot” Paralympic athletes. Anyone for Oscar Pistorius or David Weir? We Cochranes love the whole “family” atmosphere that surrounds disability sport. When you’ve been to the Paralympic World Cup and ended up among the swimmers’ families, it’s an experience you can never forget. Even if that manifests as writing a story about an S9 swimmer.
My leading man, Ben, is funny, talented and very hot, even if he’s got mild Cerebral Palsy that tends to make the left side of his body go a bit odd at the most crucial of occasions. I’m pleased he’s gone down well with readers, even though it’s always a worry that people won’t read this particular story because the hero is less than perfect. I’ve never attempted that before – had some of my characters get wounded in war and have to suffer the consequences but not one who was born with a disability.
All this has got me thinking. There are plenty of stories about heroes who end up being hurt and are loved despite – or because – of it (back to Rochester again) but fewer cases of leading men (in books or on the silver screen) who start off less than physically wonderful. Is this because we want escapist stories? (Not criticising that for one moment—books are a great place to escape to.) Or are we looking for something in our leading characters which is somehow more than we have? Great looks, great bodies, great romance?
Is there anything physical (a medical condition maybe?) about a leading man which would put you off trying a romance in which he starred? Do share your thoughts.