Guest Author and Giveaway: Keri Ford - Melissa Schroeder
Thanks so much Melissa for having me here today! I can’t wait to share my second Play Peek with your readers. For those just joining me on my tour, every Monday I’m posting a snippet of the first chapter of the second book in the The Roughnecks Series. Links to my previous snippet can be found at on my blog (links below!) and I hope you’ll check it out! 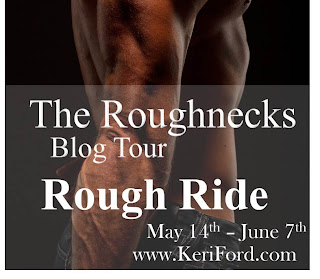 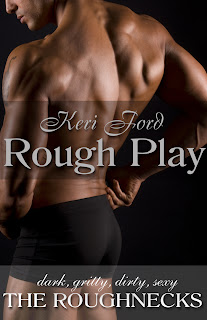 -Play Peek Week 2–
Jacob laughed and tugged her up. In his squat on the frame, he was eye level with her as she stood on the ground, dusting her sides off. Dirt clung to her hips and thighs. He started to brush it off, but caught himself first. “What are you doing here?”
“Taking measurements.”
“For what?”
She continued swiping at dirt, twisting around at the waist more than he figured humanly possible. Who knew someone could see their own ass without a mirror? She brushed herself again and caught the clump of dirt he’d been itching to get. “To know how much pipe I need.”
“For what?”
She put her hands on her hips and faced him. “So I can order.”
His face was just a foot at the most from hers, and there was that scent just rolling off her. The corner of his mouth pulled into an easy smile. “Order for what?”
She blinked, her arched brows pulled into a frown. “For the new pipes.”
He glanced at her slender frame again. The back of her was now coated in a thin layer of brown dirt and mud as she walked across the room, then faced him. Hands planted on her hips and she seemingly waited for something. With her tight girl shirt molding her breasts and the earrings sweeping against her neck, he was having a hell of a time pulling any thoughts worth saying together.
He blinked. Pipes. Measurements. Ordering. Updating. Surely not. “You’re the plumber Grant hired?”
She shook her head and tugged out her measuring tape and extended across the room. “Let me guess. Because I don’t have a penis, I don’t know how to adequately finesse pipes into the fittings.”
“I never said that.”
“Still counts if you were thinking it.”
He grinned. “Still in the clear. I wasn’t thinking you couldn’t do it, but why you would want to.”
“It makes me money.”
“Picked up the family career?”
She snorted and shook her head. “Lord no. A little wine, a how-to-book, and some desperation, you can do anything.” She pushed at some of that loose hair around her forehead. “Can you believe this place had wooden pipes in it?”
Yeah, he didn’t give two shits about the pipes. “Never afraid you’ll lose your earrings?”
She frowned, dropped the tape and grabbed both her earrings. A sigh of relief passed over her face, her eyes softened and she smiled as she stroked her fingers across the dangly silver things. And then that sweet moment was gone. A puff of air passed her lips and she picked her tape back up. “I haven’t lost them before. Besides, I’m just writing up an estimate. I won’t be doing anything dirty to lose them.” Narrowed eyes met his. “Unless someone scares the crap out of me again.”
He winced. “I didn’t mean to scare you, but you cursed. I thought I’d offer to help a woman in distress.”
“I’m not in distress.” She released the hold on the tape. The long metal sucked back in the holder. She pulled the pad of paper from her belt, added a number to an already long list and tucked the note away.
“Now that I’m closer, I see you look plenty capable.” And tough. But still beautiful. And curious. And even more interesting.
“Thank you. Now if you’ll excuse me, I have more measurements to take.”
A dismissal. Other men would probably walk away. Jacob wasn’t like other men. He saw something he wanted and he wasn’t going anywhere until getting it. If life taught him one thing it was you want it, you gotta go get it. And he wanted. “Need any help?”
*** 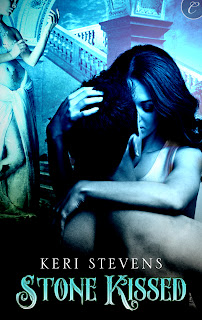 I think my favorite part of these two characters is they’re both pretty headstrong in what they want. One of them is quicker to change their mind than the other…but well what fun would there be if I told you all the secrets in the book?
Leave me a comment about something you want or something you had to work for in the past to get. Or just tell me hi and you’ll be entered for Stone Kissed by Keri Stevens! Sexy and oh so funny with a paranormal aspect! Thanks Stevens for donating to my blog tour today! No, Stevens and I are NOT the same person! We both just have super cool parents with mad-awesome naming skills. Find more on Stevens at her website, facebook and twitter. *ebook and open internationally*
Don’t forget to leave me your email so I can contact the winner!
*** 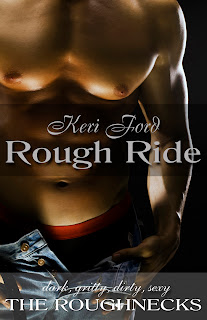 Keri Ford writes Sexy Country Contemporary Romances. See her website for more information about her books and The Roughnecks Blog Tour with all the giveaway, sneak peeks and blog stops: http://bit.ly/Hb1hwS

Blurb
You do for family, no matter what. Lane Iverson knows that better than anyone. Harboring a secret about his mother’s death, Lane is counting the days until he finishes helping his brothers with some work and can head back to his hiding hole hours away. As long as he doesn’t have to face his three brothers every day, the guilt is easier to carry.

There is only one thing that can risk his plan. All of five foot tall with these deep eyes and a voice that shudders through him. The completely addicting, Gretchen Jones. She’s been watching him the entire time he’s been in town. With courage from her friends behind her, she confronts what she wants. To her surprise, that’s the easy part. Keeping her heart protected when she knows he’ll be leaving? Not so easy, but her only choice.
Buy Links:
Amazon
Barnes & Noble
All Romance Ebooks
TMP
Goodreads
Find Keri at
Website
Twitter
Facebook