Guest Author & Giveaway: Mackenzie McKade - Melissa Schroeder
What a pleasure it is spending the day with you. Thank you, Melissa and Brandy for the opportunity to chat to your readers.
GOTTA LOVE THE VILLIAN
Has it ever felt like you are having a love/hate relationship with the villain in a story? Ever wondered why?
Like protagonists, a villain must be three-dimensional. We need to know what makes this character tick. Why does this particular person pop off the page?
Everyone is a product of their background, experiences, needs and desires. Identifying redeeming qualities and reasons why your antagonist is who he is (right or wrong) will allow us to relate and perhaps understand to a degree why he/she has chosen the path taken.
We love to hate the villain. But we seek closure and find satisfaction when the bad guy gets what’s coming to him. If not, we feel cheated.
But here’s something for an author to think about. Is your character redeemable, or has he gone past redemption? Your antagonist can become an interesting hero/heroine in your next book. Keep this in mind when developing your next villain. It might even be fun!
Now think of some of the great villians throughout time. Who would you like to see redeemed and brought back as the hero or heroine in the next book you read?
While you’re pondering the above let me share with you how you can win an ebook download of my new release IRRESISTIBLE available for pre-order at Samhain Publishing and Amazon or yourchoice of an ebook from my backlist. All you have to do is check out my bookshelf, tell me which book (and eformat) you’d like to read and I’ll pick one winner tomorrow morning. Make sure you leave a way for me to contact you.
Thank you for stopping by. I hope you enjoy the following blurb and excerpt from IRRESISTIBLE.
Enjoy this excerpt from
IRRESISTIBLE
Copyright © 2012 Mackenzie McKade
All rights reserved ~ a Samhain Publishing, Ltd. publication. 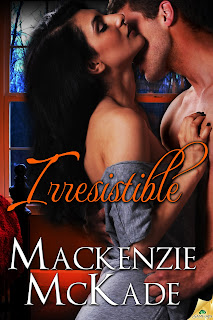 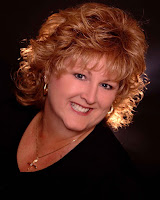