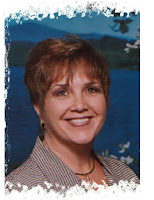 
I wrote my first story in the fourth grade in the form of a play which actually was produced by my teacher for parents and students. I continued writing and majored in English in College. I practice every day to improve my craft.


An author of romantic suspense I love reading almost as much as writing. I have filled my book shelves with my favorites, i.e. Harlan Colban, Eliza March, Johanna Lindsey, Kathy Carmichael, Kathleen Woodiwiss, Andrew Gross, Terri Garey, Karen Rose, LuAnn Rice, and Bobbi Smith just to mention a few, as well as all the classics.


I live on a peninsula in the mid west coast of Florida with my husband, two cats, and AJ, my long haired Chihuahua.


In doing research for my first book, Deadly Deception, I learned so much about Human Sex Trafficking and I really wanted to get the message out that this horrific crime is happening in your own backyard. I met with an undercover detective assigned to our local task force for human trafficking and from all the information I gleaned from him and numerous other interviews I have been able to put together realistic stories.


My second book, Deadly Revenge, happens in the North Carolina mountains which is the eighth likely state for human trafficking due to their interstate going north and south and east and west. Who knew?


I’ve just finished my third book in the ‘Deadly’ series, Deadly Deliverance, which is also about human sex trafficking from an investigators point of view. It’s primarily located in the Washington, DC area and is available from Siren Bookstrand Jan 17th, 2012.


I hope you enjoy reading them as much as I enjoy researching and writing them. 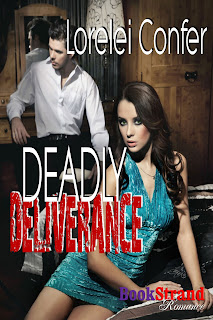 
After infiltrating the gang responsible for the multiple abductions, Sam and Lisa try to unravel the stories behind the kidnapping of Autumn and the disappearance of Luke before their cover is blown.


Undercover work doesn’t lend well to trust. Even if they work together like a fine tuned instrument, will Lisa and Sam be able to salvage love after all they’ve been through?

ADULT EXCERPT:
“Sam, have you really thought this through?” Lisa asked as she pulled her hair away from her face.
“Of course I have. Do you think I really want to give up what we’ve just renewed?”
“Whoa, whoa, whoa, back the truck up,” Lisa said as she pushed away from him, her hands on his chest. “What do you think has been renewed? Yes, we shared a couple of ‘hello’ kisses for old time’s sake, but that’s all.”
Sam turned and moved closer to her. “Let’s take care of that right now. I know I want more out of our relationship, maybe even something permanent, don’t you?” He put his hands on her shoulders and attempted to pull her closer. She resisted.
He leaned in and kissed her shoulders, moving to her neck. She moved away. He pulled her closer and continued kissing her long neck, ears, and cheeks, moving toward her open and groaning mouth. Her hands moved to his elbows and then up to his shoulders until they were around his neck where she hung on for dear life.
His mouth moved to encompass hers, his tongue tangling with hers. He groaned as he pulled her closer to rub against his erection. He walked her backwards toward the bed until the back of her legs could go no farther. They slowly tumbled to the bed without breaking the kiss. He held her in his arms, plundering her mouth. His hands moved up her side and found her breast. She wiggled. His fingers found her nipple and gently squeezed until it became erect and hard. He pulled up her blouse and broke the kiss to take his wet mouth to her breast. He moved her satin-and-lace bra out of the way and plundered her nipple. She groaned and arched toward him. His hand pulled up her skirt and reached for her feminine curls finding soft, satin-and-lace matching panties. He pulled them aside and reached for her hot wet spot waiting and ready for him.
His hand slid between her legs and brushed the dewy petals of her damp folds, sending a zing of electricity through her entire body. Working a finger inside her, he growled, “Keep going,” with a jerk of his chin at her still hands.
He worked two fingers into her wet passage and stretched her wide. Her back arched as delicious tremors and hot shocks of pleasure streaked through her body. His eyes as deep and dark as night, his gaze caressed her, traveling over her body to rest where his hand had disappeared between her legs.
Eyes heavy-lidded, he murmured, “I want to lick you all over like an ice cream cone.”
His heated look inflamed her blood, and a film of perspiration covered her skin. She tried to fill her restricted lungs, but there wasn’t enough air in the room.
He moved his fingers inside her. He was huge, jutting past his belly button, a network of veins distended in stark relief along the length.
He was stroking himself while he was pleasuring her. He rolled on top of her and, finding the exact spot, he thrust inside her. She arched her hips toward him, wanting more, and he thrust deeper. In and out, in and out, their rhythm soon matched until they both spiraled out of control and into ecstasy.
Sam moved off her but lay close beside her, wrapping his arms tightly around her. He didn’t want to let her go.
~~~~~
Lorelei is giving away one ecopy of DEADLY DELIVERANCE to one lucky commenter. Just leave a meaningful comment and you’ll be entered to win. Please include your email address or your entry will not be valid.