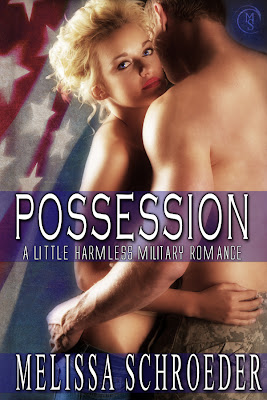 I have had a lot of popular books but I am not sure if any of them have had the buzz with my readers that the military romance books do for the Harmless series. I have avoided writing about military mainly because it isn’t all that romantic while living it. But, I knew the Duprees had one military man in the family and he was going to have friends. Of course, another of those friends is Deke and here is the little blurb about his book, coming this May.

Loving a military man isn’t always easy and sometimes living with him is impossible.


Deke Berg has been in love with Sam for ten years. From the moment they met, they could never keep their hands off each other. Their marriage was volatile and short-lived, and they were both much too young. Now, though, Deke knows what he wants in life, and Sam is at the center of his plans. Unfortunately, Sam is wary of marriage–especially to a man who broke her heart.

Sam has always loved Deke. Being a former military brat, she thought she’d been prepared for life as a military spouse. But the long separations were hard, especially dealing with the stranger who returned home. When he refused to get help, she left and always regretted it. She doesn’t know if she can handle that pain again, but after spending a night together in Hawaii it’s impossible for her to ignore him.

Old prejudices and painful memories aren’t easy to overcome, but there is one thing Deke understands: Sam is the woman for him and he will do anything to prove his love and win her back.

Warning, this book includes: Another hard-headed military man, a woman with a wicked temper, a trip to Hawaii, one Hell Week, a few embarrassing moments, nosey brothers, and two people too stupid to realize they are perfect together. It’s Harmless and military, so for your own safety make sure you have ice water nearby. The author assumes no responsibility for overheating of the reader.