There is a reason I call myself a LUCKY BITCH.  I mean, I get to have gorgeous covers thanks to Kendra Egert. Many of you who follow my Once Upon an Accident series have met Lady Joanna, who is on the hunt for her husband’s killer. This is her story and it starts a whole new series, Once Upon a Spy. This is a rough draft of the blurb:) 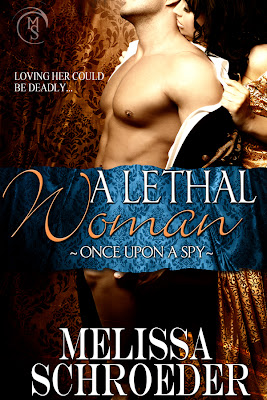 A man not to be trifled with…

Colten Masters came from nothing. Less than nothing. He’s a self-made American millionaire, ready to take on the shipping industry of England. He definitely doesn’t expect to be beaten, kidnapped, almost seduced then dumped out in one of the worst areas of London within forty-eight hours of arriving.  He vows to seek his revenge. Imagine his surprise when he comes face to face with the serving maid and she happens to be a lady.

An attraction too powerful to ignore


When Colt recognizes her, Lady Joanna thinks she might just lose everything. Without access to the ton, she will forfeit the ability to hunt for her husband’s killer. But, instead, Colt blackmails her into helping him by giving him access to members of the ton . She agrees easily, thinking she can control her attraction to the brash American. Soon, though, the passion that flared between them explodes and they are unable to resist.

Her secrets could be his downfall…

Colt knows Jo is hiding something. He discounts the rumors that filter through the ton but she refuses to take him into her confidence. After a string accidents turn deadly, Colt realizes he has fallen in love her, and he must do everything to protect her and claim her for his own.

3 Comments on “A Lethal Woman-the cover!”