Anita Lynn Mcleod is our next author with a great futuristic. She is giving away a print copy of Sinful Harvest (US residents only).
Check out Anitra around the web:
WEBSITE
FACEBOOK 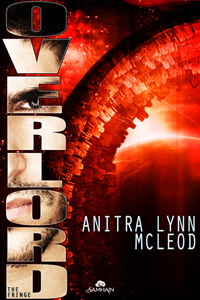 His planet is his prison…and only she can set him free.

After a year, Michael “Overlord” Parker finally knows who’s been pilfering his black market goods. Astonishingly, the elusive Bandit of Taiga isn’t a man. It’s a woman, an infuriating spitfire who’s half in love with Michael’s overly romanticized reputation.
Remarkably Average Mary exudes an intoxicating scent that Michael can’t quite puzzle out, even with his unique ability. As long as she remains bound and blindfolded, he has the advantage—and the bonus of tormenting the bane of his existence.
Mary’s deceptively innocent face has never failed her. Yet somehow she’s at the mercy of a man she knows only as “Commander”. His demands are simple. Surrender her methods of banditry, or surrender her body. As his essence invades her intuitive ability—and her remaining senses—she becomes increasingly frantic to escape before she yields all that and more to her compelling captor.
Their sensual sparring ignites, and Michael finds himself wanting to erase Overlord’s myth from her fantasies in favor of the real man. But first he has to foil the slippery little devil’s escape attempts. And find out who’s been using her to unknowingly help the empire wipe him off the face of his own planet.
Warning: This futuristic medieval contains a planet-owning alpha hero, a feisty heroine who can swear in over thirty languages, a side-kick with a crackleseed addiction, witty repartee, epic space battles, sensual karate, and tight black leather pants.

﻿~~~~~~~~~~~~~~~~~~~
So, to get your name in the hat for the signed book, let us know where is  your favorite place online to connect with authors, ie, goodreads, twitter, facebook, etc?
remember this is open only to US residents