Book 2 in the Melissa Schroeder Bundles 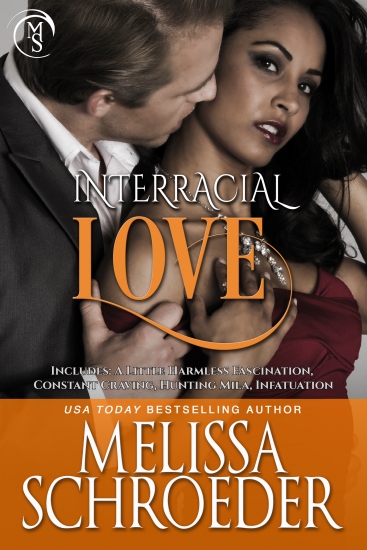 Get four stories of interracial love for one low price!

Wanting her isn’t smart, seducing her is inevitable, but falling in love with her could be downright deadly for both of them.

Security expert Conner Dillon isn’t a man who often takes a vacation. So when he is ordered to take a month off and his sister insists on a trip to Hawaii, he isn’t very happy. But, after seeing his landlady Jillian Sawyer again, he might just find something–or someone–to occupy his time.

After one night in bed, they both find themselves addicted. In Jillian, Conner has found the perfect sub…and in him she finds someone she can trust. Falling in love isn’t what they expected, but walking away is impossible–especially when they realize someone wants Jillian dead.

Charity Edwards has never been a woman who liked to compromise–not at work and definitely not in her personal life. So, when TJ Callahan appears on the scene as their FBI liaison, she decides to take a chance on the slow talking Texan.

TJ  doesn’t like undercover work, but thanks to an old case, he has been tasked to do just that. He uses his position to infiltrate TFH to investigate Charity, a woman well-known for her hacking skills. His almost instant attraction he has to Charity makes it impossible not to blur the lines and he soon finds himself falling for the impossible woman.

When his assignment is revealed, Charity wants nothing to do with him, but she has no choice. Thanks to TJ’s investigation, Charity’s life is in jeopardy and he will do anything to protect her–even if it means sacrificing himself.

John Hunter can’t refuse a request from his birth father to find his soon to be stepsister. But finding Mila means finding trouble, because it follows her everywhere. All he wants is to get her back to Earth and get his father off his back. Problem is, Mila has other plans.

Mila doesn’t need an overgrown Neanderthal in her way. She has a mission to accomplish. So what if she is a thrill junkie and that is the only reason she works for the good guys. She does her job, and does it well.

But before she can dump Hunter, her little game becomes a little more dangerous than she expected. So, getting his help means keeping him around, and keeping him around makes it impossible to keep her hands off him. But even if she does end up in bed with him a few times…okay a lot of times…it doesn’t mean she wants him butting in her business. And that is just what John does best. Uncovering her secrets could get both of them killed, if they don’t kill each other first.

To prove her love and save her man, she has to go above and beyond the call of duty. Francis McKade is a man in lust.

He’s had a crush on his best friend’s little sister for years but he has never acted on it. Besides that fact that she’s Malachi’s sister, he’s a SEAL and he learned his lesson with his ex-fiancé. Women don’t like being left alone for long months at a time. Still, at a wedding in Hawaii anything can happen–and does. Unfortunately, after the best night of his life, he and Mal are called away to one of their most dangerous missions.

Shannon is blown over by Kade. She’s always had a crush on him and after their night together, it starts to feel a little like love. But, after the mission, she doesn’t hear from him, until he shows up with Mal. He is darker, but beneath that, he is the Kade she’s known for so many years. When he pushes her to her limits in the bedroom, Shannon refuses to back down.

Book 2 in the Melissa Schroeder Bundles 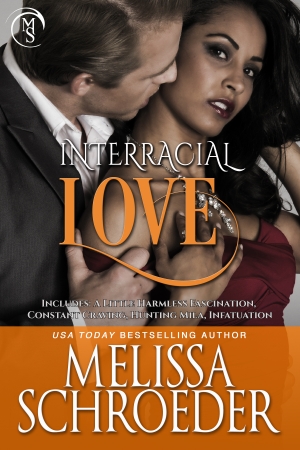